Abba Kyari, the former head of the Special Anti-Robbery Squad (SARS) at the Lagos Police Command who in 2016 became the Assistant Commissioner of Police before his current position to head the Inspector General of Police Intelligence Response Team (IRT) recently made headlines following his exposed dealings with Hushpuppi. 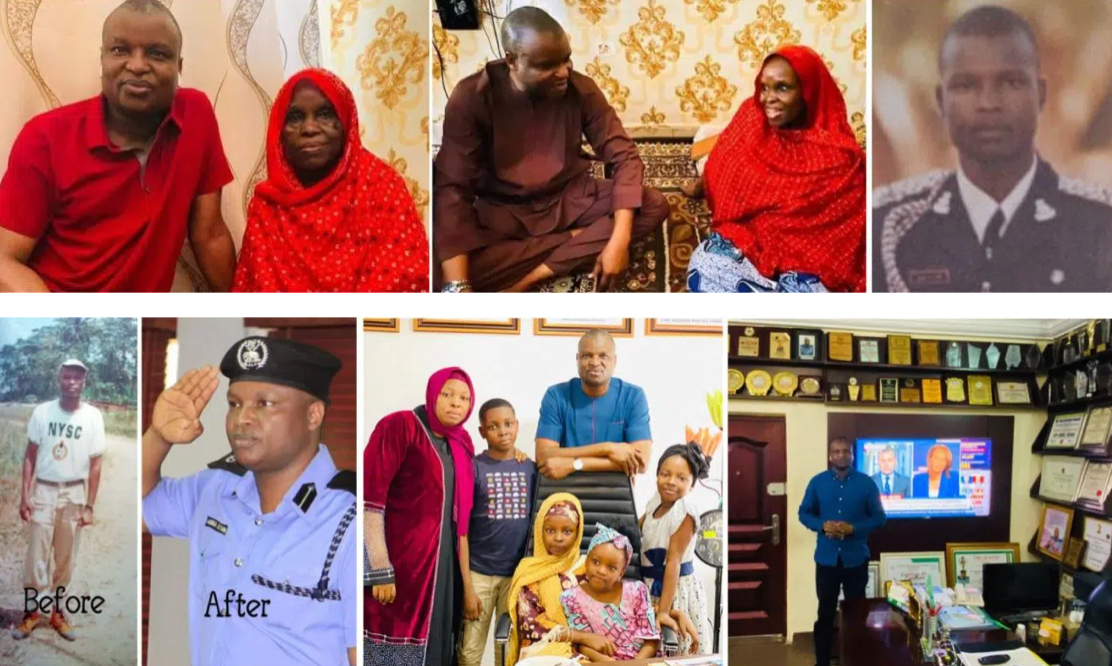 Before now, the 46 year old DCP Abba Kyari commanded respect among Nigerians and evoked fear in the minds of criminals, but in the last few days, his name has been associated with fraud as a result of documents by the US authorities linking him with Hushpuppi, a suspected fraudster and Instagram celebrity whose real name is Ramon Abbas, had alleged that he bribed Kyari, a Deputy Commissioner of Police (DCP), to arrest a co-fraudster.

In a recent development, the US Federal Bureau of Investigation (FBI) had secured a court order for Kyari’s arrest following his indictment in the confessional statements made by Hushpuppi and in turn, DCP Abba Kyari has been suspended from the force.

DCP Abba Kayari comes from a large family, he has 29 siblings, he was brought up by his stepmother, he started life as a Motorcyclist in Maiduguri and in-between selling patrols in kegs during scarcity to cater for himself, and his siblings. He is happily married with 4 children. In the interview he granted Punch, Abba Kyari narrated his humble beginnings, why he joined the police force and life as a family man,

“I had the ambition of either becoming a police officer or a pilot when I was a kid. Later in life, I realised that to become a pilot you would need to go for very expensive training and we could not afford such expenses at the time because I am not from a rich family. I realised that being a pilot would not be easy so I turned my attention to my other dream, which was to become a detective. I began to work on my dream by reading detective novels and movies. Interestingly, I am from a polygamous family and my father has more than 30 children. As the eldest son, I handled so many cases whenever my siblings had any problems with one another. I started my detective work in my house. I developed an interest in always finding out the truth, in any case, I was handling and that was how it started for me.

After my university education, the opportunity came for me to be recruited into the Nigeria Police and I embraced it. I think I was the youngest in my state when I applied to become a police officer. I was about 24 years old. Growing up in a polygamous home with over 30 siblings was not easy, We are not from a wealthy family so it was not easy. I started struggling to survive right from when I was in secondary school because my mother left when I was seven years old after giving birth to four of us. Her last child was about one year old when she left so we were raised by our stepmothers. It was not easy being raised by a stepmother because there were so many things that their children would benefit from which you wouldn’t be able to get.

I believe in self-reliance, I do not like to bother anyone. So when I was in secondary school, I was also a commercial motorcyclist and I did this to make some money to take care of me and my siblings. There were nine siblings whose mothers had also left the house, but they looked up to me to fend for them. That made me struggle hard in order to fend for them. My father was not rich but he had a very big family. He could not take care of everybody so I had to brace myself for life’s challenges. I gained admission into the university when I was 17 years old. It was not easy combining my studies with fending for me and my family, especially at that young age. When I was at the university, I was still a commercial motorcyclist.

Two Reasons Elephants Have The Longest Pregnancies In The World

Highest paid MD/CEOs in Nigeria in 2021

In Photos: The Most Expensive School In The World Where Billionaires Take Their Children