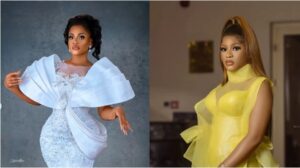 Big Brother Naija season 7 winner, Phyna has revealed that she’s been receiving death threats from the fans of a particular colleague.

She made this known in a recent interview with NetNG while noting how the person’s fans have been sending her hate messages.

Phyna, who did not mention the name of the former BBNaija housemate in question, said that she also got messages from people wishing tragedy will befall her family.

According to her, they demanded that she leaves Groovy, whom she started dating in the house after his love-interest, Beauty got disqualified.

The reality TV star issued a warning to the colleague, saying that if the person continues to encourage fans to troll her parents, she may be forced to drive to the persons house and beat them up.

Watch her speak below: