Home Uncategorized “Sadio Mane has been telling me not to pass the ball to... 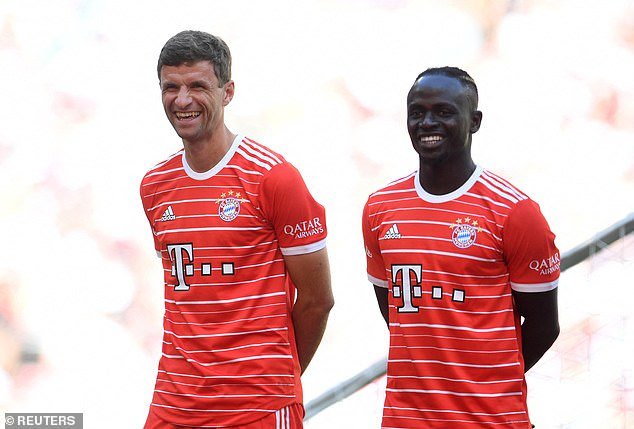 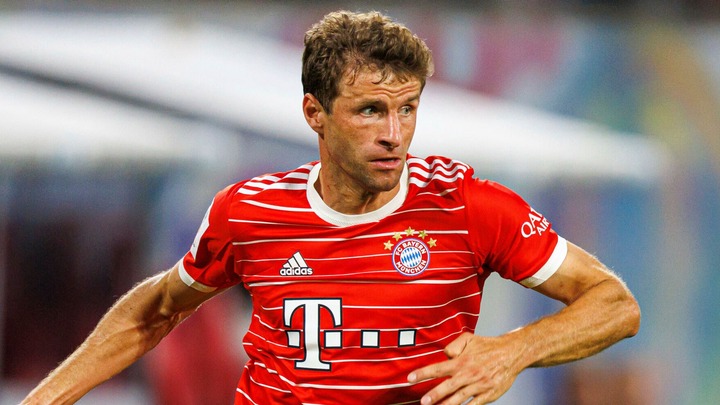 German Bundesliga Champions Bayern Munich football club are set to host Barcelona football club in the Matchday 2 of the UEFA Champions League at Allianz Arena in Germany, and the two teams have shown their readiness for the game.

Robert Lewandowski left Bayern Munich football club this summer transfer window to join Barcelona FC, and he is set to meet his former club in the UEFA Champions League. 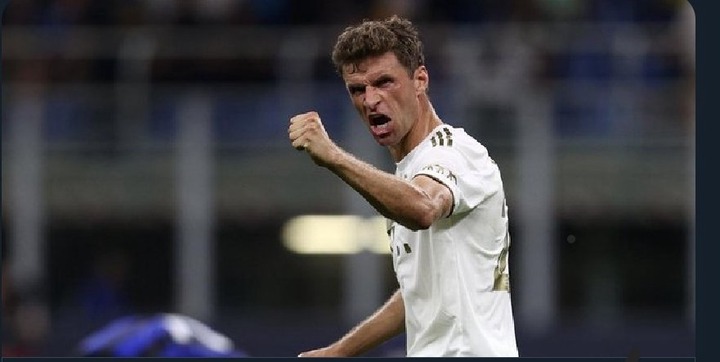 Lewandowski has been firing from all cylinders since joining Barcelona football club, and he will be looking forward to continuing his impressive performance when he plays against his former team.

Thomas Muller and Robert Lewandowski had a remarkable spell at Bayern Munich football club, and the duo were able to score a lot of goals for the club.

Muller also provided a lot of assists for Robert Lewandowski, and Sadio Mane has now told him not to be generous when they meet again on Tuesday in the UEFA Champions League. 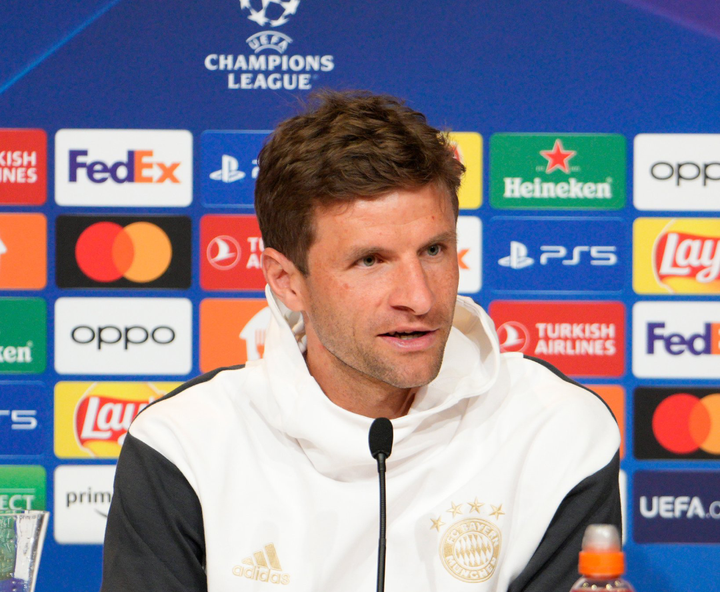 Speaking ahead of Bayern Munich versus Barcelona game, Thomas Muller was quoted by ESPN FC that;

“For the past ten days, Sadio Mane has been telling me jokingly not to pass the ball to Lewandowski by accident.” 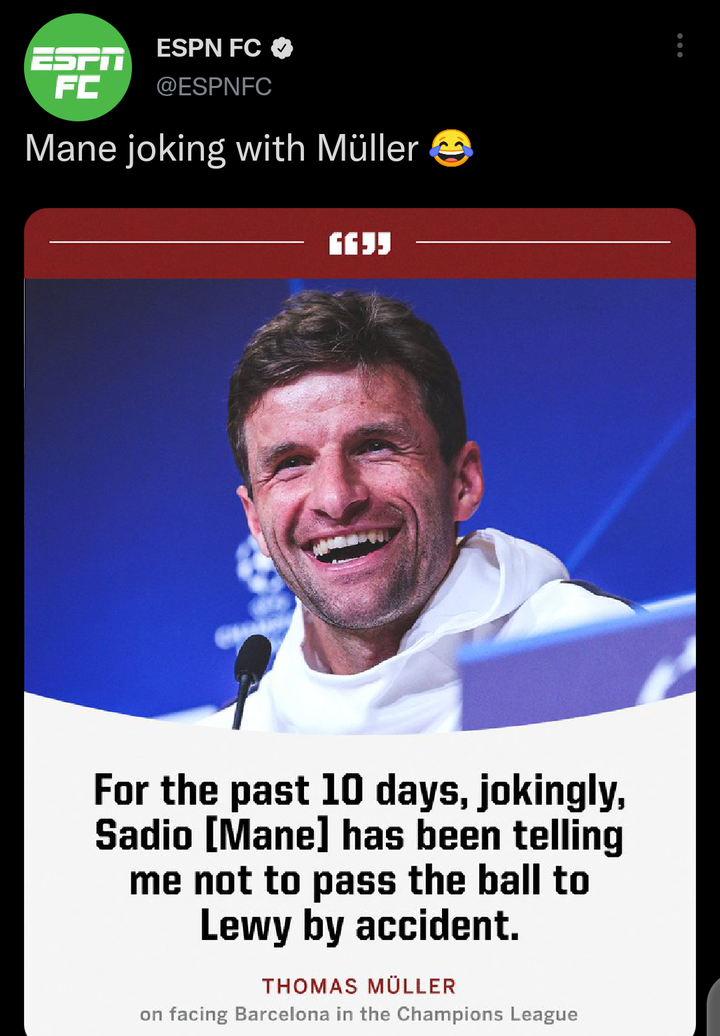