Home Uncategorized ‘It’s Not Too Late To Get It Right’ – Yoruba Actor, Tayo... 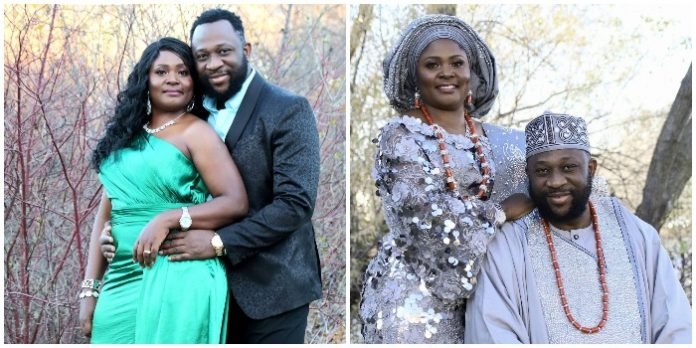 Nollywood actor, Tayo Adeleye has shared some insightful nuggets with his fans after tying the knot with his heartthrob.

The Nigerian actor, Tayo Adeleye, recently left bachelorhood behind after he got married to his heartthrob. The movie star shared the good news with fans on his social media page.

It appears a number of Nigerian entertainers have found love as they have been willing to settle down in recent times.

Taking to Instagram, the actor and producer shared series of photos of himself with his beautiful bride and accompanied it with a caption to celebrate their union.

See lovely photos of the actor and his bae below:

In no time, his fans as well as colleagues flooded the comment section with congratulatory messages. Read what some of them had to say below:

Officialkunleadegbite: “Ope oooo tank God she finally took u off the street tayooooo”