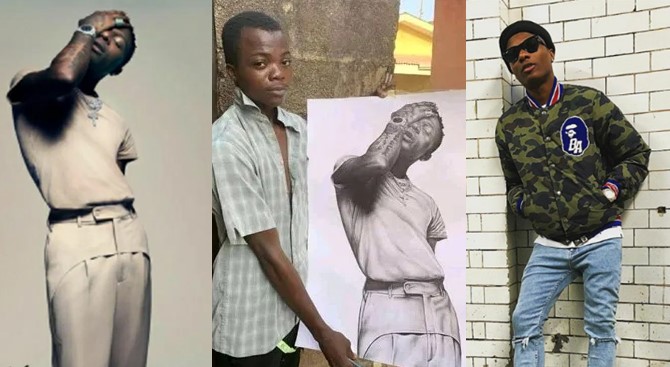 Award-winning Nigerian singer, Ayodeji ‘Wizkid’ Balogun has acknowledged the artistic genius who drew an amazing duplicate of his Made in Lagos album cover.

We reported earlier that a young talented Kareem Qudus, wowed social media users with his drawingwhich is a perfect replica of Wizkid recent album cover.

A Twitter user, @bhadboi_xx had taken to the microblogging platform and shared the photos of the artist and his finished work.

He posted two photos that showed the young Kareem at work and holding the finished piece of the recreated album cover he made.

Reacting, Wizkid decided to give hi some recognition and promotion by uploading the creative artwork to his Instagram story for his millions of followers which also consists of celebrities and talent hunters to see and marvel.