Social media is currently on fire with reactions as photos of a white man alleged to be in the Nigeria Police force surface. 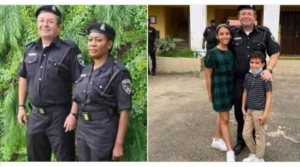 According to photos making rounds on Twitter, a caucassian man can be seen putting on the uniform of the Nigeria Police, alongside a female police officer.

This however triggered mixed feelings as many find it hilarious while others questioned how someone of his age made it to the Police cadet level. 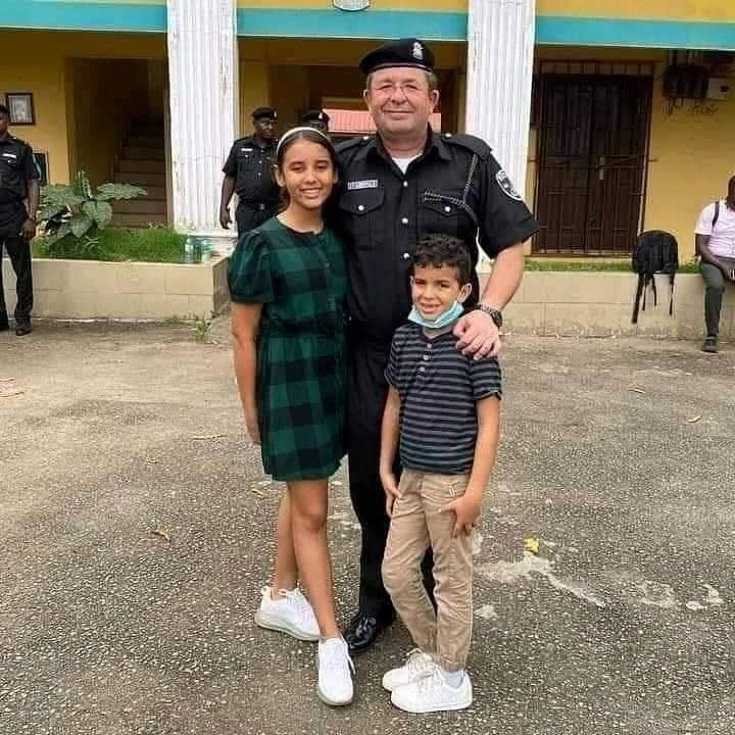 On a lighter mood, some considered the white man a spy, a CNN reporter, or even CIA undercover agent whose mission is to infiltrate the Nigeria Police Force.

See some reactions below … 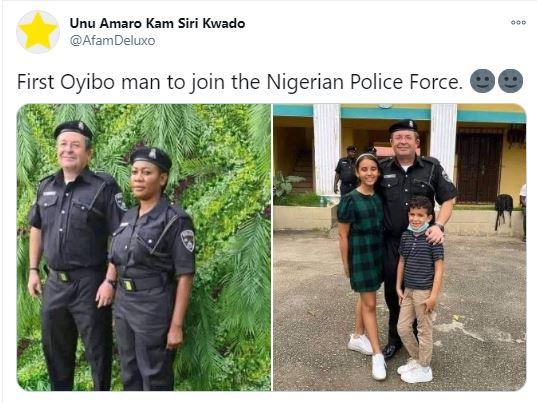 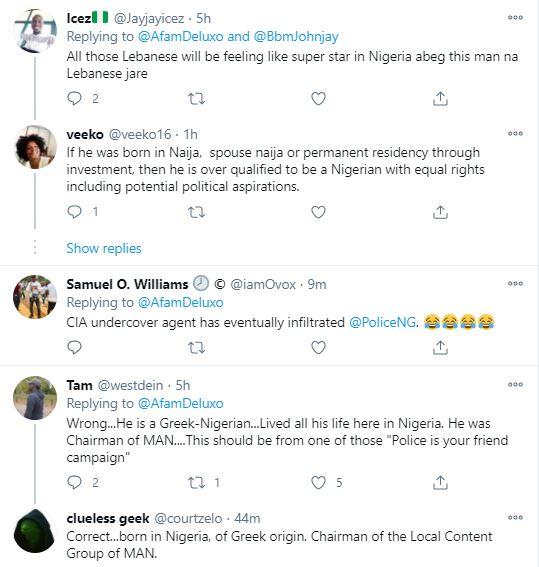 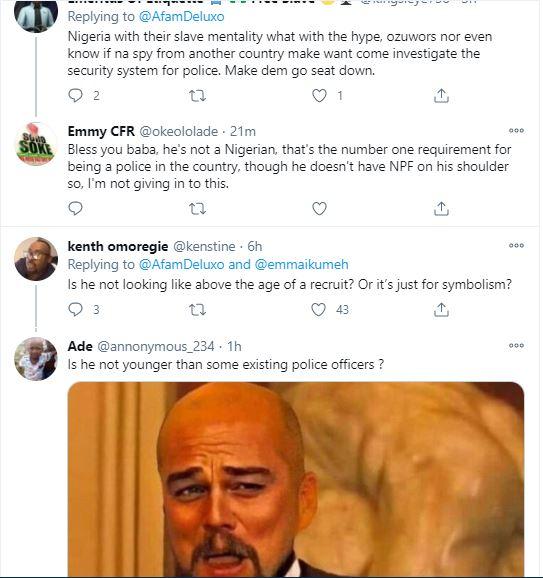 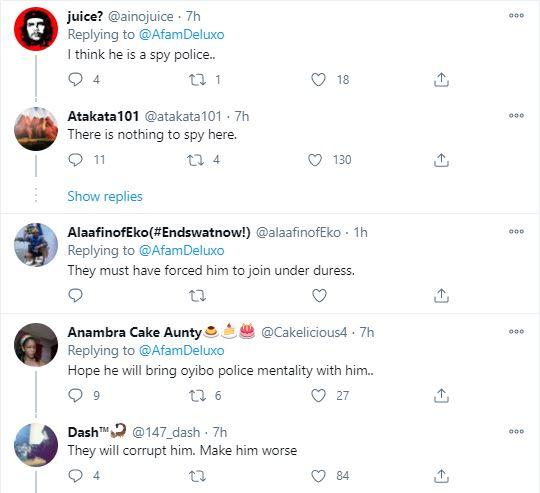 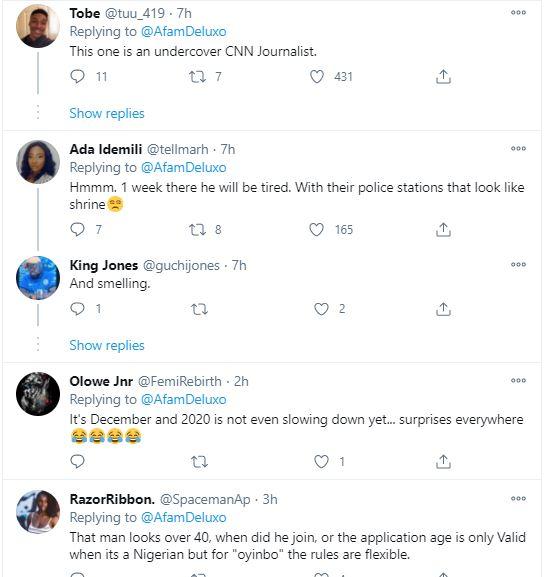