Home Uncategorized Man’s girlfriend dumps him because he gave her onion packaged inside iPhone... 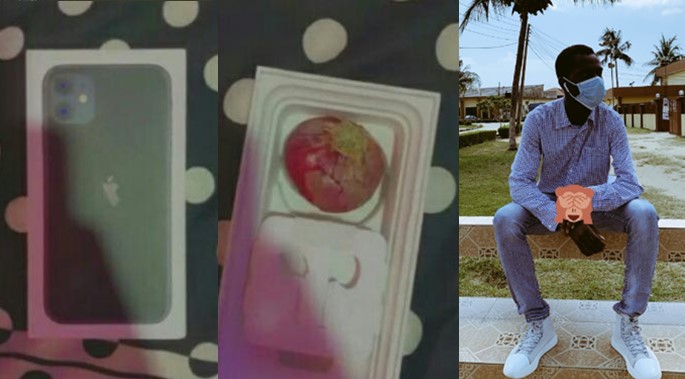 A Nigerian Twitter user known as Cleverly Ahmed has revealed how his girlfriend quit the relationship after he shocked her with an unexpected gift on her birthday. 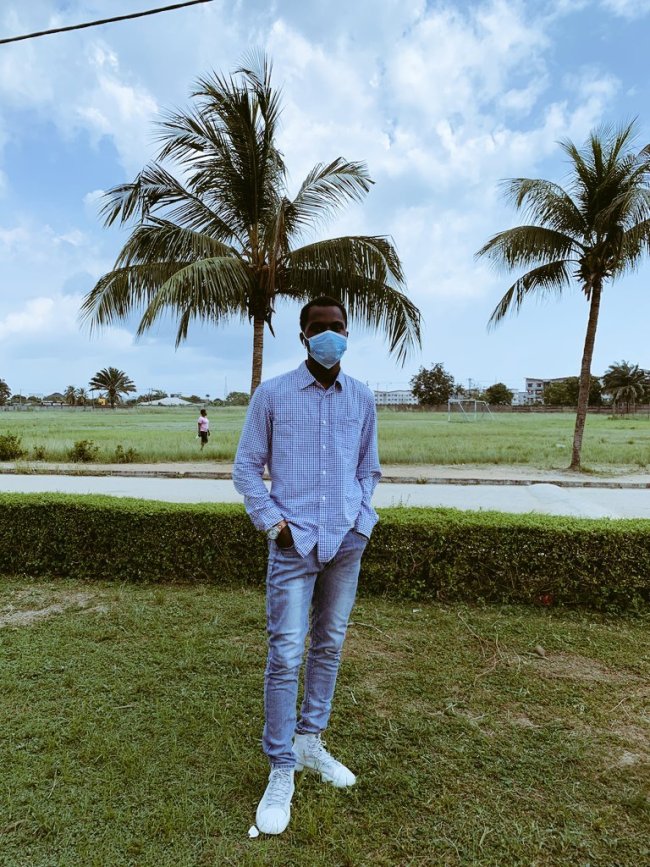 In the chat he shared on the microblogging platform, the excited girl told him that she received his birthday gift, adding that she was about to unbox it.

However, after she unboxed it, she was left heartbroken as she found out that he had packaged onions inside iPhone11 pack.

He captioned the screenshots; ”I did her dirty” 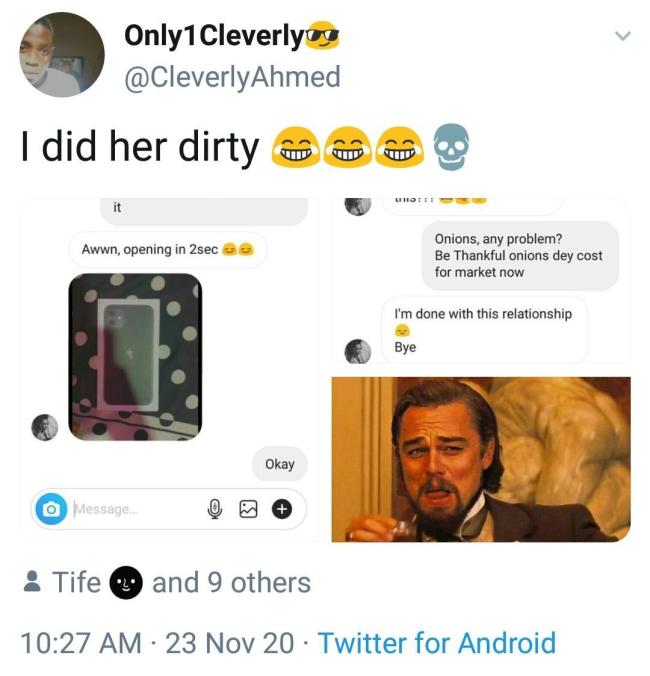 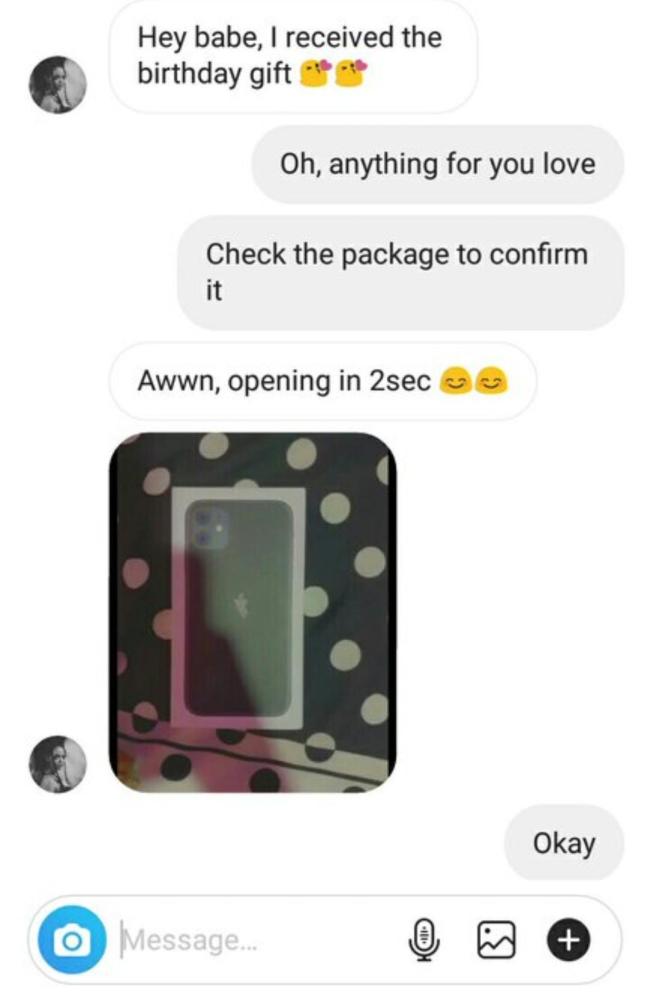 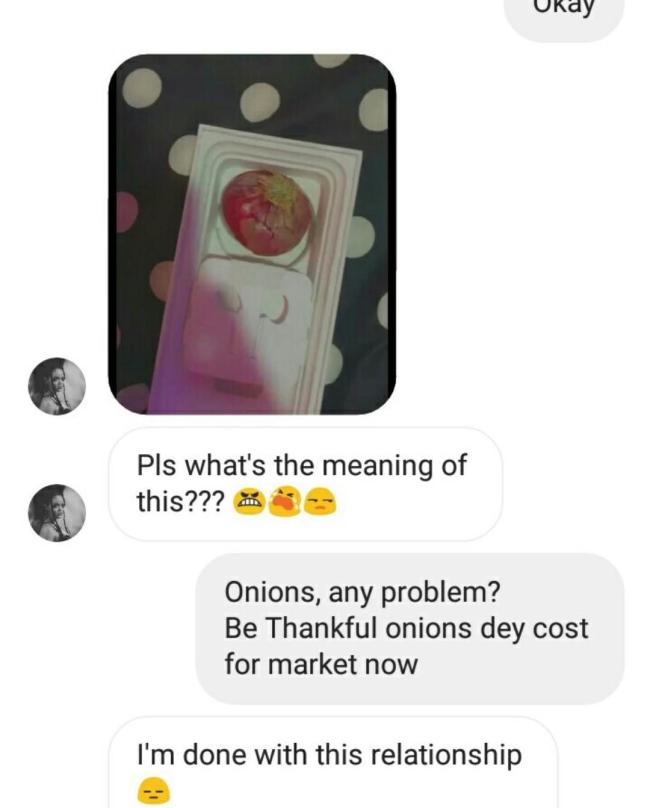