Nigerian Billionaire, Tony Elumelu has taken to social media to celebrate his triplet daughters as they turn a new age today, November 26. 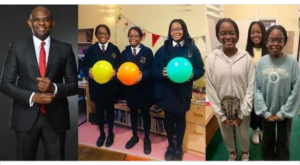 United Bank of Africa (UBA) chairman shared photos of them and wrote,

Fans and celebrities have also celebrated the triplets on their birthday. 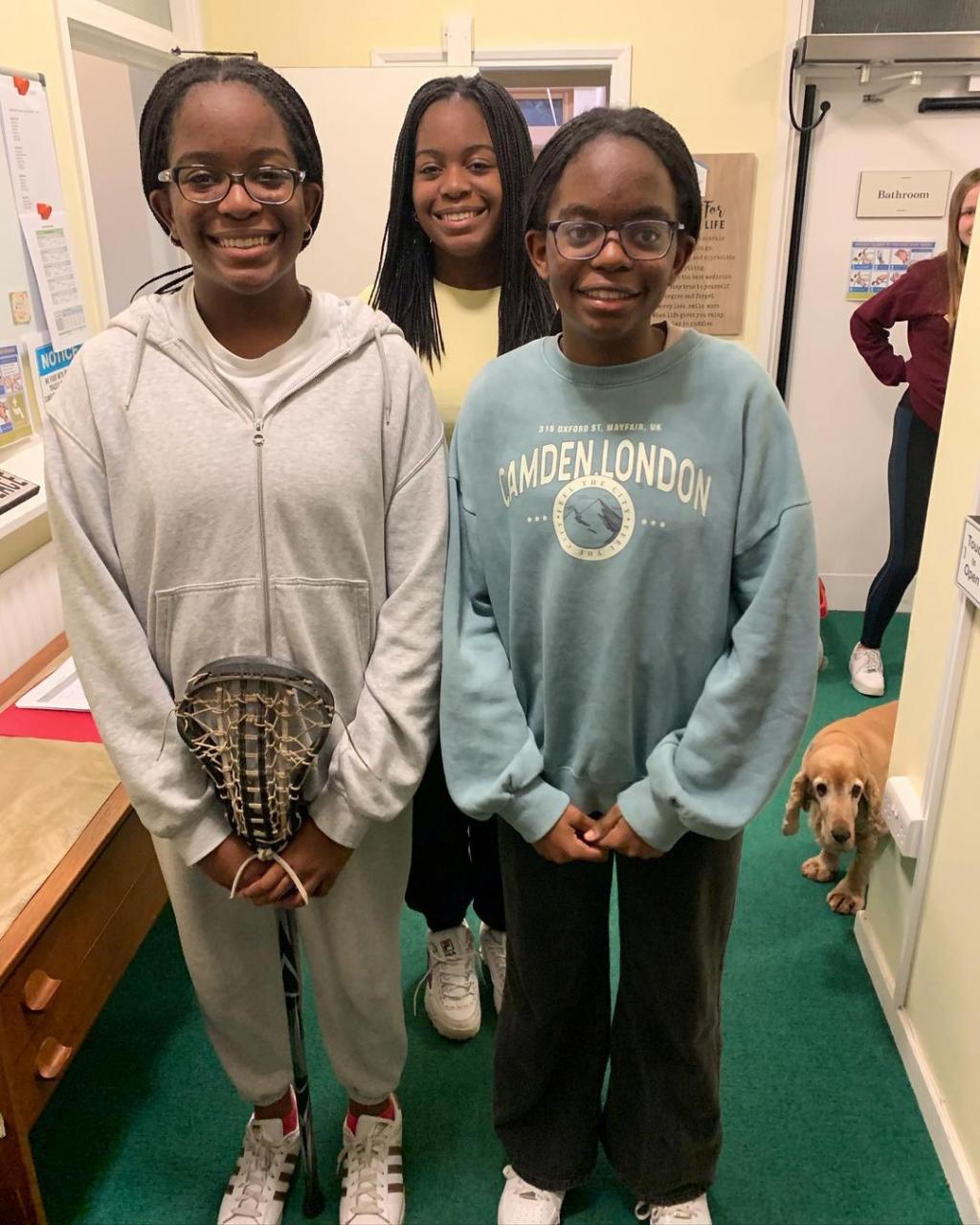 The comment that stood out of the multitude was fellow Billionaire, Femi Otedola’s birthday message to the triplets, describing them as the “Tony O. Elumelu Angels”. 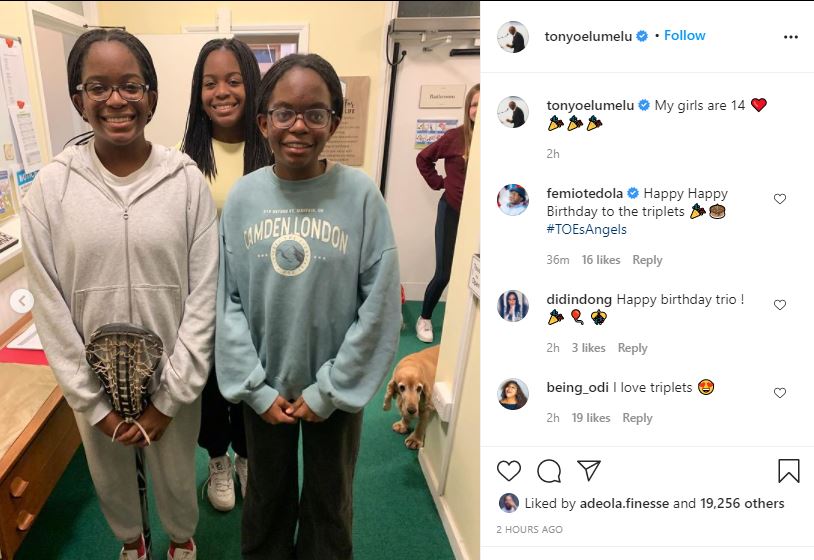 In other news, Tony Elumelu took to social media to share a photo of himself and his wife Dr Awele Elumelu and referred to her as his WCE (Woman Crush Everyday).

The chairman of Heirs Holdings, the United Bank for Africa and Transcorp, went on to celebrate her after her board meeting. He captioned the photo: “Celebrating with Dr Elumelu after her @avonmedical board meeting at #HeirsPlace #WCE”