The fifth executive governor of Osun state who just finished his tenure last night Alhaji Isiaka Gboyega Oyetola in his farewell message to the good people of Osun state said his administration paid N97 billion from the total debt inherited in 2018 from Ogbeni Rauf Aregbesola’s administration.

The former governor while listing the achievements of his administration, he said despite constructing, reconstructing and rehabilitating rural and township roads to open up rural areas in order to help farmers to transport their produce to the market and generally bring equitable development to the state, his administration was able to leave behind the sum of N14 billion cash in the state coffer.

In his farewell message to the citizens of the state, he said “For four years, we did not take any bank loan facility. But we benefited from the N3billion monthly intervention from the federal Government to all the States for six months to cushion the effect of deductions of budget support facility and salary bailout accessed by the previous administration, just as we have paid N97 billion from the total debt we inherited in 2018”. 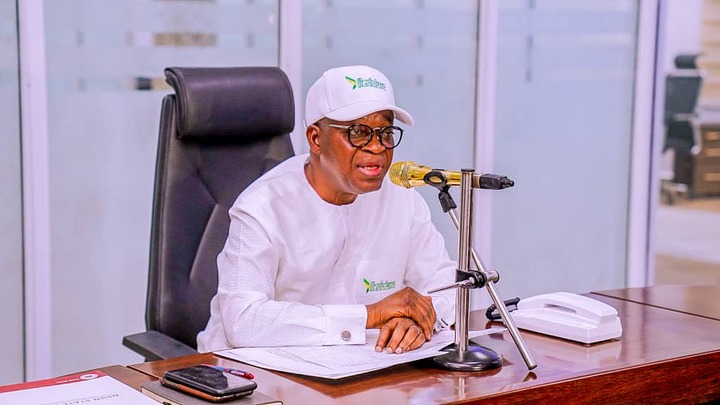 “We are leaving behind cash of over N14 billion. In addition to the N14 billion cash, another N8 billion is being expected between December and January from our performance in SFTAS and the IGR. Also, another Seventy-Two million Dollars will come to the State soon from RAMP 3, NG-CARES, Nigeria for Women Project and Ease of Doing Business. These are earned, based on performance. And we have indeed performed to earn them. It was part of the same performance that earned us the award of Best Governor on Efficiency of Public Expenditure and TOP Performer on Domestic Revenue Mobilisation by the World Bank’s States’ Fiscal Transparency, Accountability and Sustainability, SFTAS, recently”, the former governor concluded.

The Olaiya Flyover was also listed as an achievement and described as an architectural masterpiece, a paragon of aesthetics and a socioeconomic signature on the economic transformation captured by the Development Agenda his administration exchanged for the mandate of our people.