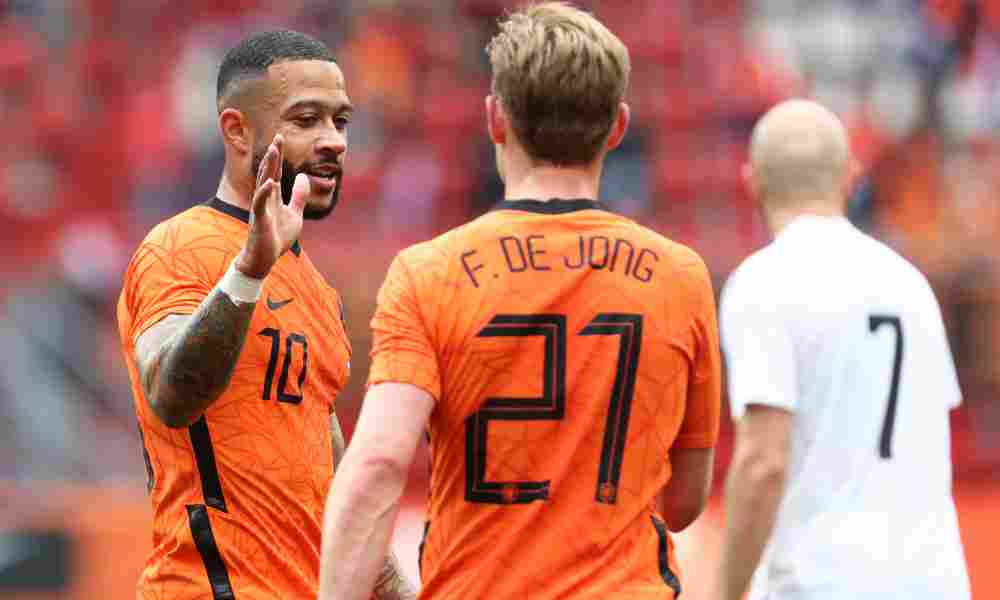 The first batch of games for the two weeks began on Thursday night in Europe with the start of the international break. And it’s reasonable to assume that it has greatly worried the Barcelona team.

With up to 18 players departing to represent their various countries during this break, the Blaugrana have the most players called up for international service. Several of the Barça stars have already suffered injuries on the first day.

In the match against Poland, Memphis Depay had a hamstring injury, forcing Jules Kounde to leave the field for France due to a muscular problem. Soon later, Frenkie de Jong, another of his countrymen, was removed from the game by Netherlands manager Louis van Gaal due to discomfort.

Van Gaal provided an update on the health of both Depay and de Jong after the Oranje’s 2-0 triumph against the Poles (h/t NOS). While the first appears to be fine, the second cannot be stated to be.

Van Gaal remarked of de Jong: “Frenkie de Jong was removed out of precaution. I removed him since he was experiencing muscle stress. But he assured me that he plans to play Belgium.

The former Barcelona manager commented on Depay, saying: “It’s unfortunate that Memphis had to leave the game with this injury; it doesn’t look good… He won’t be playing against Belgium, in my opinion.

According to Javi Miguel of AS, Depay and Kounde will both travel back to Barcelona for examinations to ascertain the severity of their injuries. De Jong will continue playing for the Netherlands as his problem appears to be minor. Later today, further developments ought likely appear.