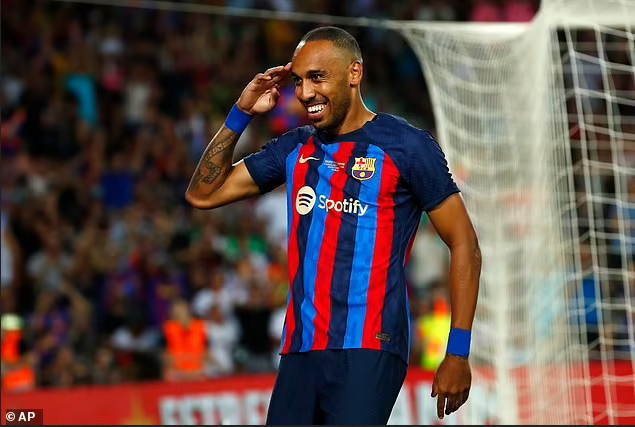 Barcelona have told Chelsea to pay £21million for striker Pierre- Emerick Aubameyang, just seven months after signing him on a free transfer.

Over the weekend, Chelsea held talks with the LaLiga giants and are prepared to make an offer this week.

Barcelona target Marcos Alonso has been discussed as part of negotiations to head in the opposite direction.

The ex-Arsenal star has scored 11 goals in 13 starts since joining the Catalan giants in January but has now fallen down the pecking order following the signing of Polish striker Robert Lewandowski.

The Blues are chasing down Aubameyang to help them in attack after Romelu Lukaku re-joined Inter Milan on loan and Timo Werner sealed a return to RB Leipzig for £25million.

Boss Thomas Tuchel is keen to link back up with the 33-year-old forward after their positive relationship at Borussia Dortmund and would like to add a proven goal-scorer to his Chelsea ranks.