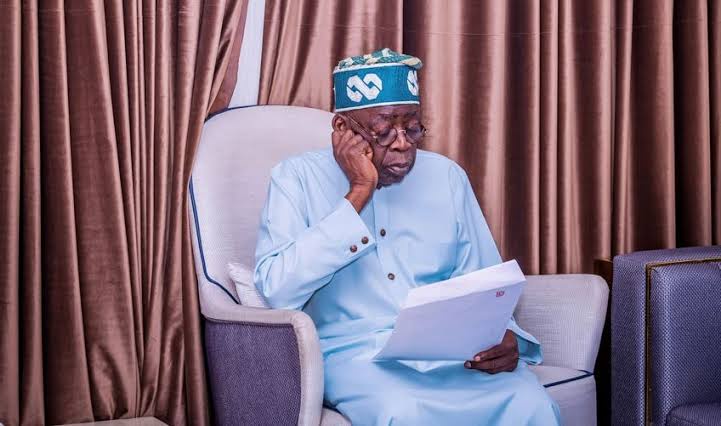 The North West caucus of the All Progressives Congress (APC) had reportedly struck a deal with the party’s presidential candidate, Bola Tinubu, over the sharing of juicy positions if it retains power in 2023.

The caucus allegedly also asked for the positions of secretary to the government of the federation, finance, works, agriculture, Federal Capital Territory, and interior minister

According to Daily Sun, the caucus wants the positions in exchange for its support to win the 2023 presidential elections.

It was gathered that an outspoken governor from the zone tabled the demands.

In the presentation of a document detailing their demands, the caucus noted that these critical positions should be reserved for the zone following their importance to Tinubu’s electoral victory.

They tasked the incoming APC administration to focus on agriculture and the development of brownfield industry to support value chain creation; focus on infrastructure “as it is currently being done in the South West,” and leverage the region’s opportunity cost in mining, agriculture, green and renewable energy for economic diversification.

According to the document, which detailed the historical analysis of the region to the party’s victory at presidential polls, the leaders noted that the North West zone is the game changer for the APC in 2023.

Comparing the share of votes across the six geo-political zones, the North West caucus stated that the region’s APC share of votes represented 46 percent and 39 percent of the total APC votes in 2019 and 2015, respectively.

“The North West contributed to the electoral victory of the APC in 2015 and 2019 presidential elections by winning all seven states – Kebbi, Zamfara, Sokoto, Kaduna, Kano, Katsina, and Jigawa