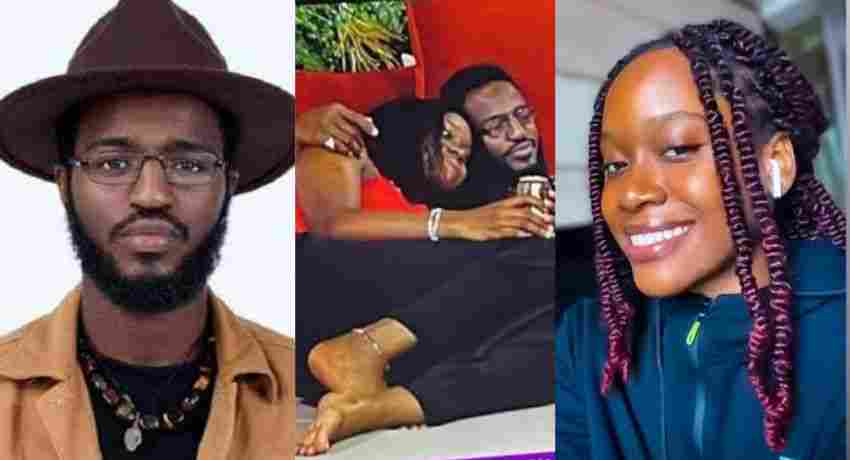 Evicted Big Brother Naija housemate, Khalid has opened up about his relationship with Daniella.

Khalid, who was evicted during the live show on Sunday, August 14, told Ebuka Obi-Uchendu that his relationship with Daniella hit him like a bus, but he is serious with her.

He said although he didn’t plan on having a relationship in the show, it happened fast. In his words:

“It was quick, I knew I said I didn’t want a relationship but it hit me like a bus. It is serious.”

When asked how he felt about his eviction he said:

Daniella and Khalid had been criticized for ‘making love’ in the house.

Both ‘Level up’ housemates have been captured ‘making love’ under the duvet about 4 different times since this season of the show aired.

The videos showing their act have since gone viral and stirred reactions online. See video and some reactions to Khalid’s comments below:

eddy_beb wrote – I’m happy… I hope he stays true to it at least for till this show and reunion is over.

real__chinababy wrote – Why do I felt like this relationship will turn out as Gideoni and khafi?? The most underrated relationship that turns out good

adedoyindaramolaade wrote – I will miss khalid every midnight cos I’m always looking forward to his duvet things.

oreoluwaadenrele wrote – Sha go to a therapist oo, because I don’t think it’s normal what he did in that house