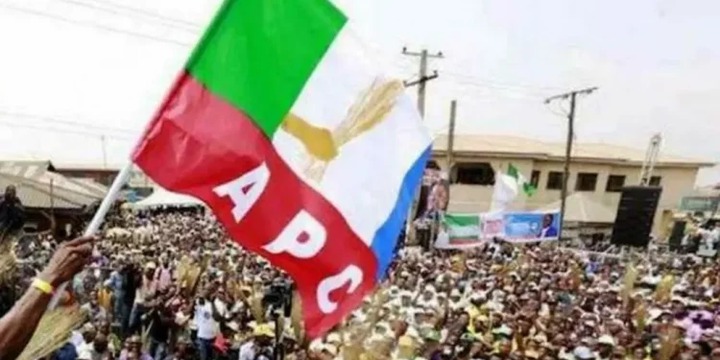 The leadership crisis rocking the All Progressives Congress (APC) in Kwara State appears to have been resolved.

For about two years, the ruling party in the state had witnessed internal wrangling amongst its members following the struggle for the control of the party’s structure by Governor AbdulRahman AbdulRazaq and the minister of Information and Culture, Alhaji Lai Mohammed.

The leadership tussle eventually polarised the party with the minister backing the then Bashiru Bolarinwa’s faction while the governor supported the Abdullahi Samari-led faction.

The congresses culminated in the election of an old ally of the governor, Prince Sunday Fagbemi as state APC chairman; a development that put a permanent end to the factionalisation of the ruling party in the state.
Strong indications have emerged that the Information and Culture minister has pledged loyalty to the governor’s camp, with a pledge to not only remain in the fold of the party but join hands with the governor and other APC stalwarts to deliver the state once again to the party during the 2023 general elections.
LEADERSHIP gathered that Governor AbdulRazaq assuaged the minister’s ego by ensuring the appointment of his close ally Alhaji Bashir Bolarinwa as chairman of the National Broadcasting Commission (NBC) and Alh Lukman Mustapha as executive director of the Federal Mortgage Bank of Nigeria (FMBN).

It was observed that since the announcement of Bolarinwa as the chairman of the NBC, the minister’s-led faction seems to have sheath their swords and peace returned.

Only a few of the minister’s allies who refused to be pacified left to join the factionalised Social Democratic Party (SDP) in the state.

A top government official who pleaded anonymity confided in LEADERSHIP that,” Alh Mohammed and his supporters are coming back to the APC mainstream in Kwara State.

“The minister’s decision has unsettled the opposition figures and this is why their paid agents had recently embarked on propaganda by launching verbal attacks on the personality of Governor AbdulRahman AbdulRazaq. The opposition leaders have realised that the APC is now one and a united party in the state,” he added.

When contacted, the governor’s special adviser on political communication, Alh Bashir Adigun, confirmed the readiness of the aggrieved members of the party to return to its fold.

“Yes, some of the APC members loyal to Alh Lai Mohammed are coming back to the mainstream APC. This is because of the inclusive leadership that His Excellency, Governor AbdulRahman AbdulRazaq is providing as the leader of the party in the state,” Adigun stated.

Adigun said “the governor had through his support for federal appointments for some stalwarts of the party, notably Alh Bashiru Bolarinwa and Alhaji Lukman Mustapha, had clearly shown that he’s a leader that cares for all. This is the reason the estranged members of our great party, APC, are returning to our fold.”

A strong member of the APC stakeholders’ forum in the state and staunch supporter of the APC presidential candidate, Asiwaju Ahmed Tinubu, Hon. AbdulMumin Katibi said,”the robust cordial relationship between Governor AbdulRazaq and Asiwaju Tinubu is a compelling reason for Alh Lai Mohammed and his supporters to join hands with AbdulRazaq to deliver the state to APC at all levels in the 2023 general elections.”