Home SPORTS What Is SAOT And Why FIFA, UEFA Decide To Use It 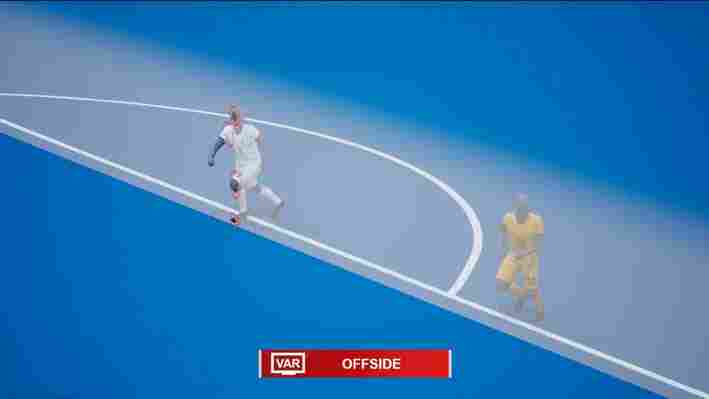 The semi-automated offside technology(SAOT) is an innovation introduced recently by FIFA.

The Semi-automated offside technology(SAOT) uses twelve special cameras situated around the stadium’s roof to track players’ movements around the pitch, using twenty-nine data points per player to make a 3-D virtual representation of the match.

The technology tracks the player’s arms or legs to make these data points fifty times every second. Although the cameras also track the ball’s position, there is also a chip inside the official match ball that documents the precise time the ball is kicked.

Furthermore, an artificial intelligence(AI) thus puts all these data together to create an offside line and automatically alerts the video match officials in the video assistant referee (VAR) room when a player receives a ball in an offside position. The video match officials, therefore, check manually and let the centre referee know whether a player is offside or not.

By this, fans would be able to see some 3-D animations on TV and the big screens as to why there is an offside call by a referee.

FIFA and UEFA decide to use the new technology because the decision-making process, by it, is timely. The usual time for a VAR offside check is presently about 70 seconds. However, with SAOT technology, the time can be reduced to between 15 & 25 seconds.

The technology can also recognize scenarios like throw-ins, as well as differentiate between touches from players on opposing teams.

UEFA will use the innovative system during the 2022 UEFA Super Cup match between Real Madrid and Eintracht Frankfurt next week, and also deploy it at this season’s Champions League matches.

FIFA will also deploy the SAOT at this year’s World Cup in Qatar.