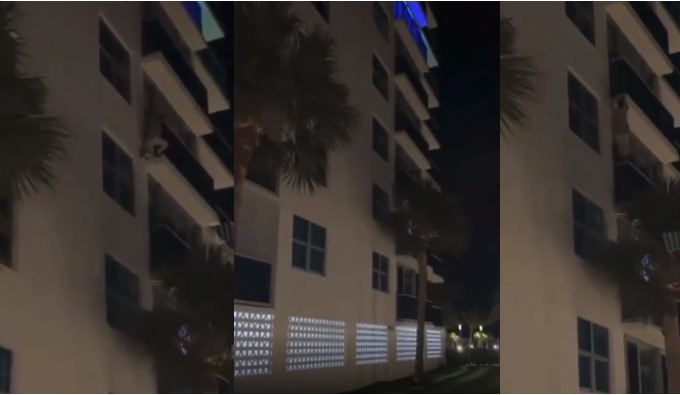 An alleged side chic has been captured on tape escaping through the window of a Storey building to avoid being caught.

She was spotted jumping down five floors after the girlfriend of her lover showed up without prior notification.

A neighbour who saw her jumping out of the building from floor to floor filmed her and shared the video.

According to her, the side chic said that if she calls the police then she would jump down in a suicide.

She went on to say that she does not know what to do other than record the unbelievable scene.