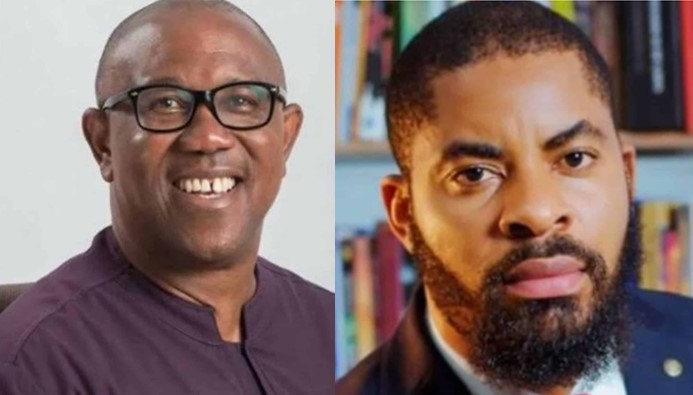 Human rights activist, Deji Adeyanju has said he withdrew his support for Presidential candidate of the Labour Party, Peter Obi after finding out how he used Anambra state funds.

Obi, a two-time governor of Anambra state has revealed on numerous occasions that he invested the state funds in a private business which is yielding huge profits today.

According to Adeyanju, he met the presidential hopeful for three hours at the request of Obi who tried to justify his decision to invest billions of public funds in his family business.

The convener of Concerned Nigeria said that he decided after that meeting that he cannot continue to throw his weight behind the LP candidate.

Adeyanju wrote; ”The real reason I stopped supporting Peter Obi was after I met him for a 3hrs meeting at his instance of course & he told to me he invested billions of Anambra State funds into his family business. And the man was even trying to justify it. So many other things he said. SMH!

I agree that Peter Obi is the best candidate among those who have declared especially with his cutting of cost theory but he’s no saint. He’s a corrupt as the others. Investing Anambra money into his family business is the height of corruption and abuse of office.”