Home SPORTS LIV 2-0 CRY: How Darwin Nunez Is Already Proving To Be A...

Uruguayan International, Darwin Nunez was heavily criticized for his role in Liverpool’s 4-0 loss to Manchester United on Tuesday after he also missed a sitter from close range. The 23 year-old didn’t make a good impression in that clash and this afternoon he got another opportunity to prove himself to the reds fans but his performance against Crystal Palace wasn’t encouraging.

Liverpool took a well deserved 1-0 lead against Crystal Palace in the first 45 minutes with Jordan Henderson getting on the scoresheet. Egyptian International, Mohamed Salah came on in the second half to eventually increase his side’s lead bringing the scoreline to 2-0 at full-time.

Darwin Nunez also came on in the second half and his performance in those 45 minutes didn’t impress fans. His passes were mostly displaced and despite having good positioning he failed to connect with most of the passes that were delivered by his teammates. 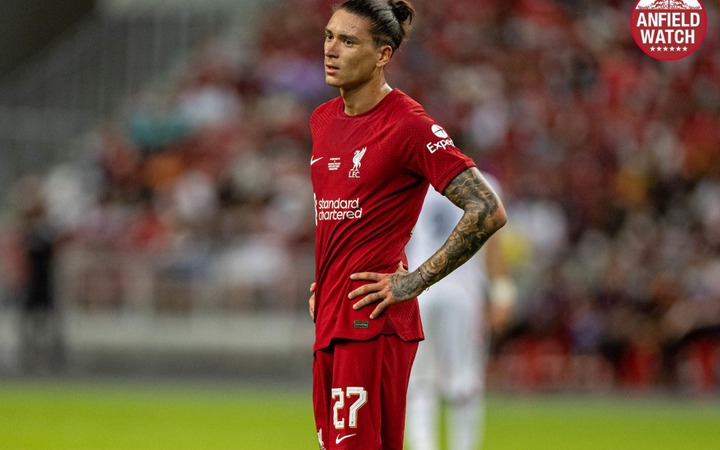 I know it’s too early to judge the Uruguayan International but he is already proving to be a wasteful investment for the reds based on his performance in the pre season games he has played so far. 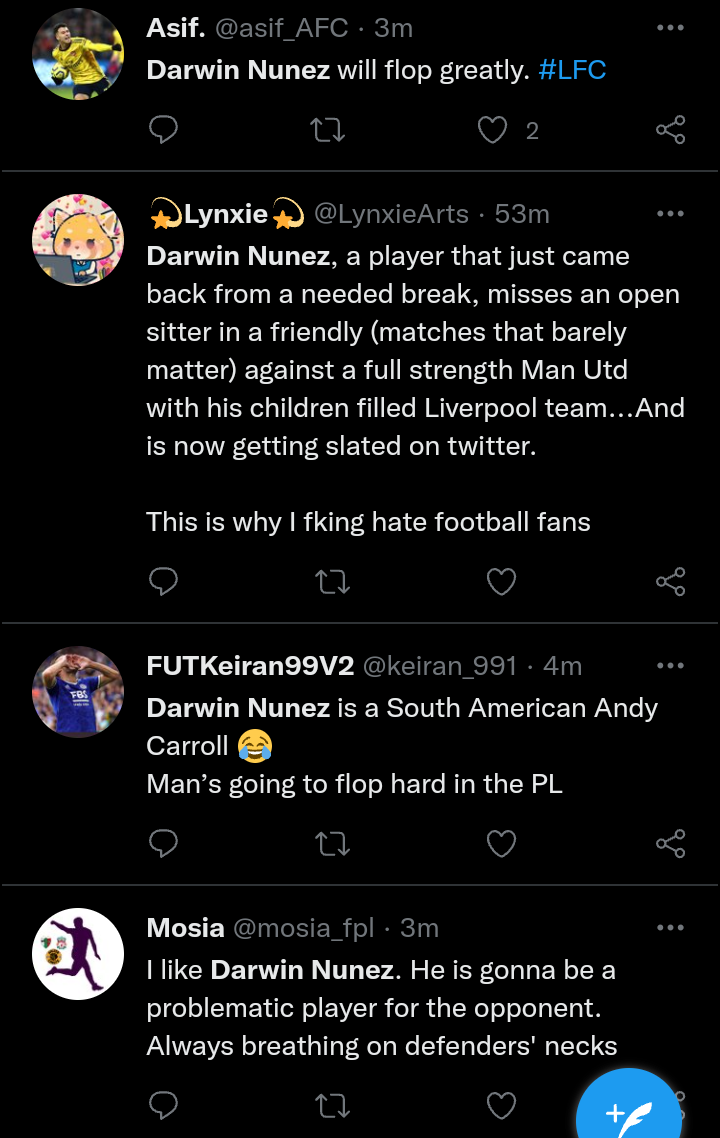 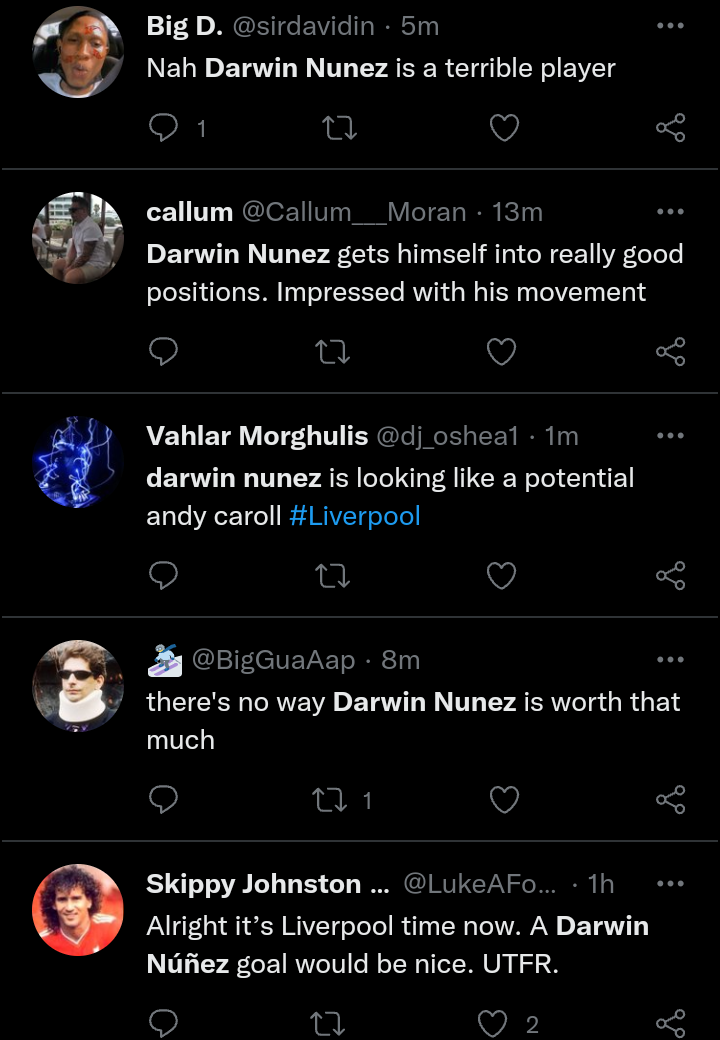