The division between northern governors of the All Progressives Congress (APC)from the North-West and North-East may be the reason behind the delay in picking a substantive running mate for Asiwaju Bola Ahmed Tinubu. 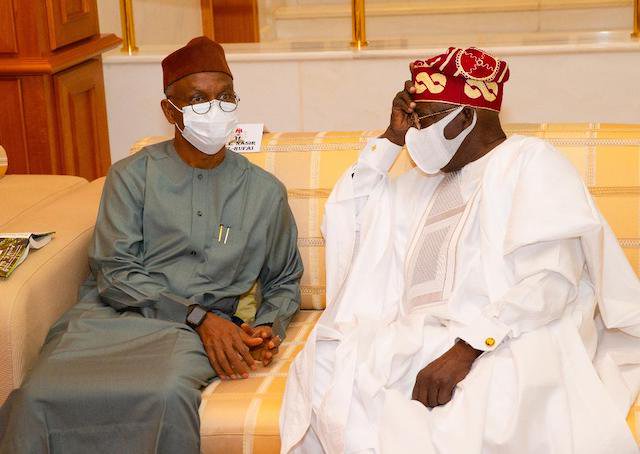 Recall that Tinubu had submitted the name of Ibrahim Masari as a ‘placeholder’ to the Independent National Electoral Commission (INEC).

A party chieftain has, however, revealed that the APC is yet to agree on a running mate weeks after the submission of Masari’s name.

The APC chieftain told The PUNCH that internal wrangling and agitation between governors from the North-East and North-West is responsible for the delay.

I think it is down to two governors, Babagana Zulum of Borno and Nasir El-Rufai of Kaduna, who have been seriously agitating for the vice-presidential slots. While the former wants his predecessor to be considered for the exalted, the latter has his eye on the seat,” he said.

Another source lamented the disagreements, stressing that the friction between the North-East and North-West was unavoidable.

He said: “The North-West governors believe they won the ticket for Asiwaju. It was also evident at the primary, where they influenced delegates from the North-West to direct most of their votes in the direction of Tinubu. With such massive support, they felt it is only fair for the running mate to come from their region.”

The APC stalwart noted, “We have seven states in the North-West. But the North-West controls the highest votes from the whole North. North-East, on the other hand, has six states, with three being controlled by APC governors.

“They are Yobe, Gombe, and Borno. In the North-East, the states risk being penetrated through Adamawa, which is Atiku’s stronghold. Kwakwanso is also creating problems in North-West, especially Kano. He has started extending his tentacles into Kaduna too. It is like a virus

“This time, we know Kano can’t fetch us the usual votes we have been getting in the past. It is kind of dicey despite the New Nigeria Peoples Party and Labour Party not being able to agree on an alliance yet.

“But at the end of the day, we will get it right. It is not a big deal. Politics is all about balancing the equation. It is all about coming to a roundtable, saying if this region takes the presidency, another takes the vice-president; what is in it for us? One thing is obvious, though: Whatever the deadline is, the APC will meet up with it.”

Speaking on the rift between APC northern governors, the APC Publicity Secretary, Felix Morka, described such reports as speculation.

He urged media organisations to allow Bola Ahmed Tinubu to make his own decision.

“I can’t respond to speculation. All I can say is the media should allow the APC presidential candidate to make his decision. Once a decision is taken, we will announce it,” Morka fumed.

He also refused to disclose any individual Tinubu is considering as his running mate, stressing that he does not know.

“I am telling you the truth. I don’t have any information on it at the moment,” Onanuga said.