Senegal forward Sadio Mané has been given a befitting welcome by German Bundesliga giants Bayern Munich. The winger completed his move from Liverpool to Bayern Munich after signing a three-year deal with the Bavarians.

In a photo posted on Twitter, the AFCON winner’s name was lighted brightly around the iconic Allianz Arena stadium in Germany to welcome the forward. 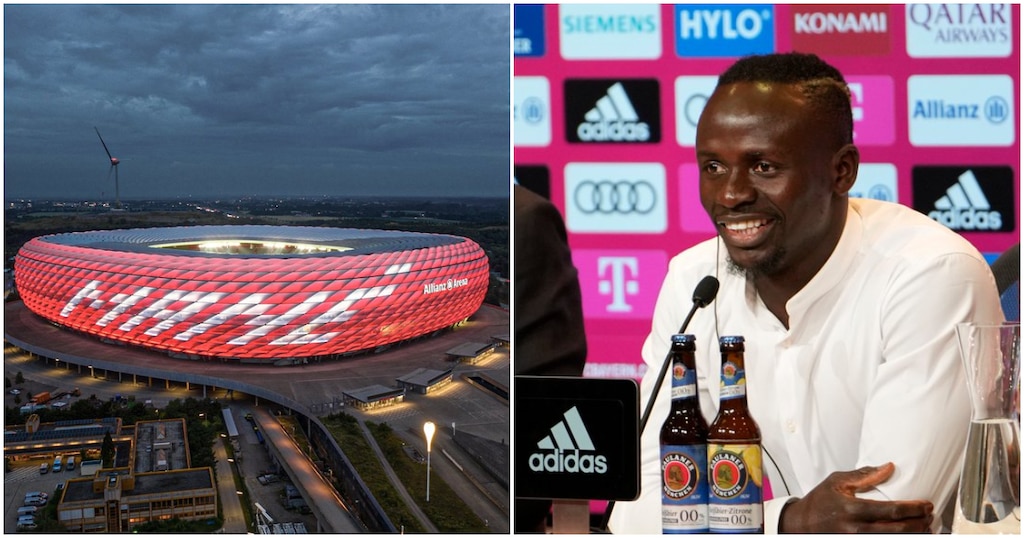 Sadio Mané left Liverpool after a trophy-laden six seasons, which saw him win every title, including the UEFA Champions League and the English Premier League.

His departure comes as a big blow for the Reds, but Mané penned a heartfelt message to Liverpool after joining Bayern Munich.

“Dear fans!!! Difficult to find the right words for this. I just want to thank you from the bottom of my heart, I’m so pleased to be a very small part of this incredible success we’d together during the last 6 years.

You were there in good and bad times. I’ll never forget,” wrote Mané on his Twitter page. The 30-year-old forward will immediately join his new teammates for pre-season in the coming weeks. Sadio Mane joined Liverpool from Southampton in 2016 as Jurgen Klopp’s first major signing when he arrived in England.