Home POLITICS Rev Okotie asks Obi, Tinubu and others step down for him, says... 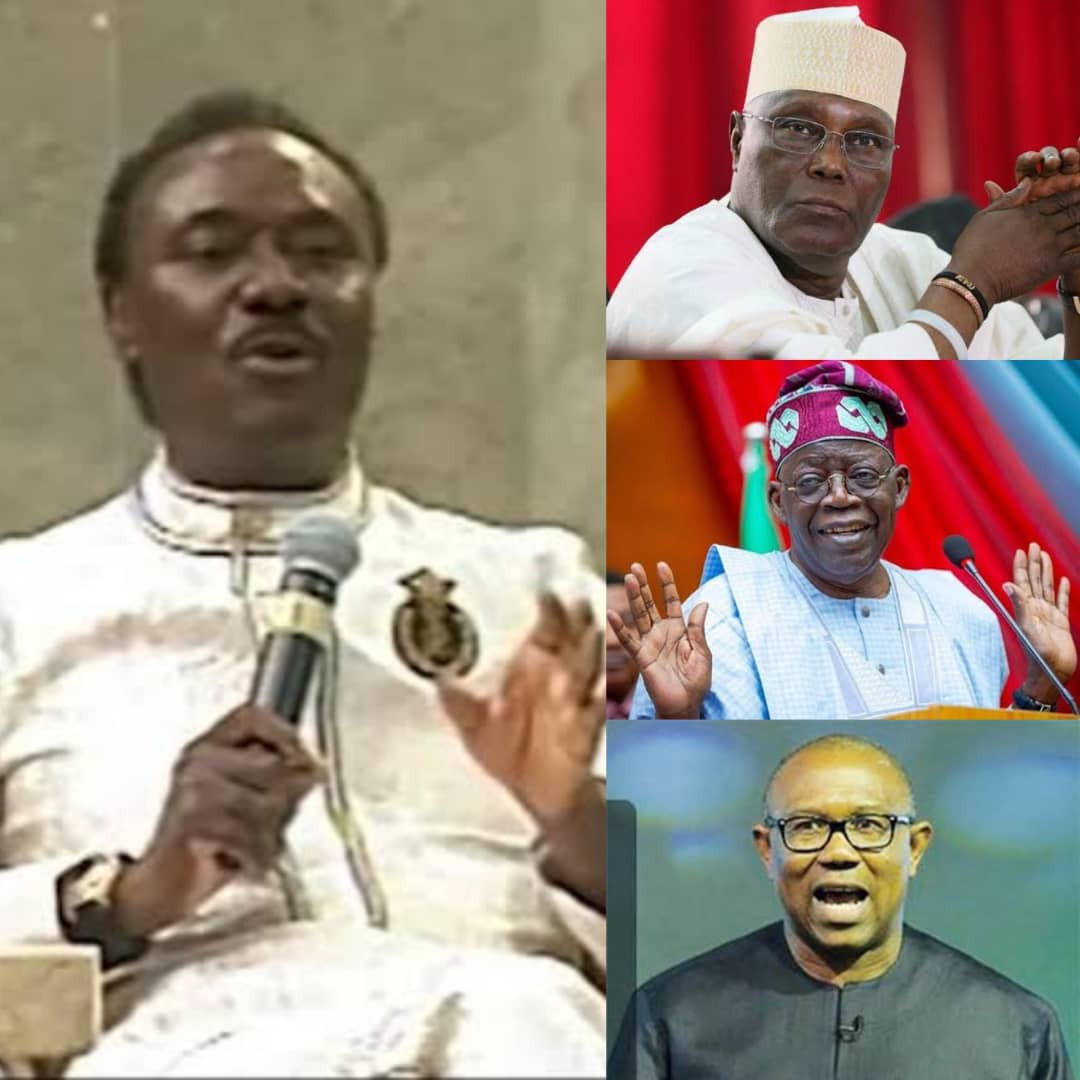 Founder of Household of God Church, Reverend Chris Okotie has asked leading presidential candidates in the country to step down for him, so he can succeed President Muhammadu Buhari.

Addressing journalists at his Church in Oregun, Ikeja while celebrating his 63rd birthday anniversary, Okotie said he’s the ‘right person to right the wrongs in the country.’

The cleric also proposed to become the interim President, claiming it is the “solution” to the country’s challenges.

“I want to appeal to all presidential candidates to withdraw from the race and allow me to come in as the interim president. I want to implore Asiwaju to support my government for the betterment of the country and I also want to tell Obi that the system that introduced him cannot take him anywhere, because he cannot operate in the system we have now. All the presidential candidates should support me to succeed President Buhari as the interim president.

“We must get rid of the National and State Assemblies because maintaining each member cost the country billions of naira. Some of the standing committees at both assemblies are not useful to the country, they are only representing themselves, not the populace.

“For the best of the country, both assemblies should be scrapped and the money for maintaining them should be used for something else. What we have in Nigeria today is the government of the party, by the party and for the party.

“Ministers and the Commissioners should also be expunged because Nigeria’s democracy has been hijacked by the elite for their interest and they are deceiving the downtrodden who don’t know anything. And the most important of all is our constitution. It should be changed to a people-oriented constitution, not the military one we have now. After the change, we can then restructure the country for the better.”

Outlining his plans for the country, Okotie said;

“If I am made the interim president, our government will be a transparent one and we will redirect the steps of the youth who are into internet fraudsters and turned them to better persons in the society and empower them.

“While a young person with inclination to technology advancement will ensure financial accountability of government and each state will have control of their national resources. First, we emulated the British and now we are copying the American style of democracy that didn’t take us anywhere.

“The presidential system of government has failed us woefully. We should enable professional associations constitutionally to acquire legislative power as a replacement for the removal of the legislature from our political system.

And we should also embrace the concept of aboriginal democracy, that is a government from the people, for the people and with the people. This is distinct from the current experience of political parties which is the government of the party, the party and for the party.

“My government will be that of National Reconciliation and Reconstruction. The interim government shall address aberrations and anomalies in the polity. I want to implore all Nigerians to join hands in the conversations that would enable a transition to an interim government at the end of President Buhari’s administration”.