Home POLITICS When I saw the presidential candidates that emerged in some parties, it...

According to a news that was published by The Daily Trust Newspaper, it was reported that the former Deputy National Chairman of the Peoples Democratic Party (PDP) and the Atona Oodua of Yoruba Land, Chief Olabode George, has urged Nigerians to check the past records of the presidential candidates that have emerged as the flag bearers for each party in Nigeria. 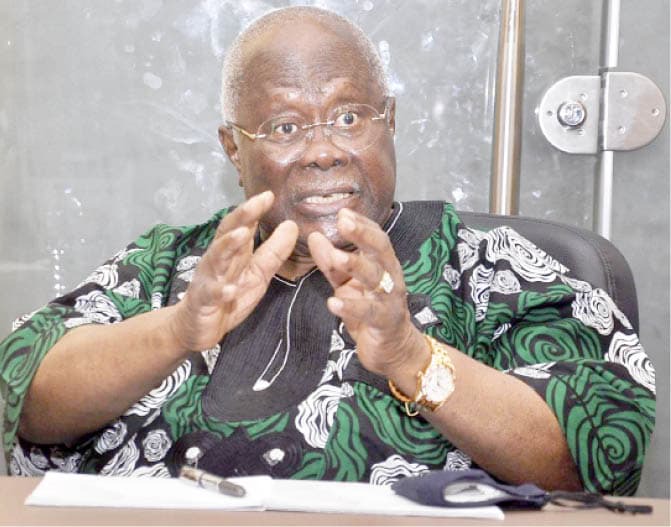 While he was talking about the present situation of the country, Chief Olabode George said that, he got a bit disturbed few days ago when he saw the presidential candidates that emerged for some political parties in Nigeria, as he said their emergence as presidential flag bearer gave him heavy goose pimples, because, these people are not the best for our country.

While he was speaking about the country’s insecurity, he said that Nigeria has never been this bad and that, it is only taking the intervention of God. He urged President Muhammadu Buhari to change tactics because, it seems terrorists, bandits, kidnappers and others are now more powerful than the state.