Home EDUCATION How To Know A Man Is Going To Marry You -Relationship Expert... 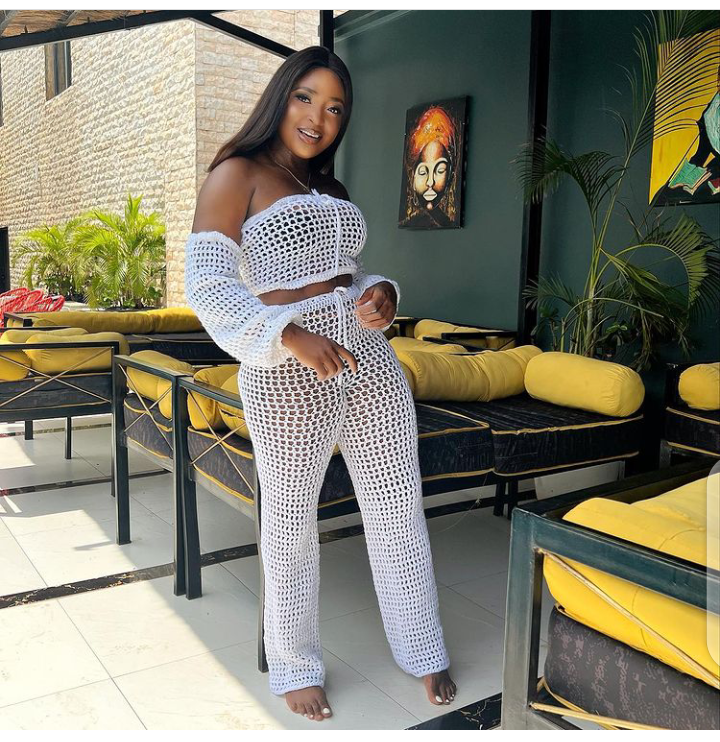 According to Blessing CEO, she said I get this question from a lot of beautiful ladies. They ask Blessing: how do I know that this man is going to marry me? How do I know he is not wasting my time? What am I supposed to do? Is there a manual for it? is there something I’m not doing right in this relationship? Is there how I’m supposed to act or behave?

Blessing added that some people even went as far as bringing out a manual for you that you should go and cook and how to be a wife material, all those manuals don’t work. Cooking and doing everything in the manual doesn’t mean he will marry you.

She disclosed that if you want a man to marry you, be your self because everyone wants something that is different. Because people are different, that is why we have individual differences. What people tell you are what they want, what their father wants and what their boyfriends like. Sometimes people give you personalized advice. They advice you base on that they have. 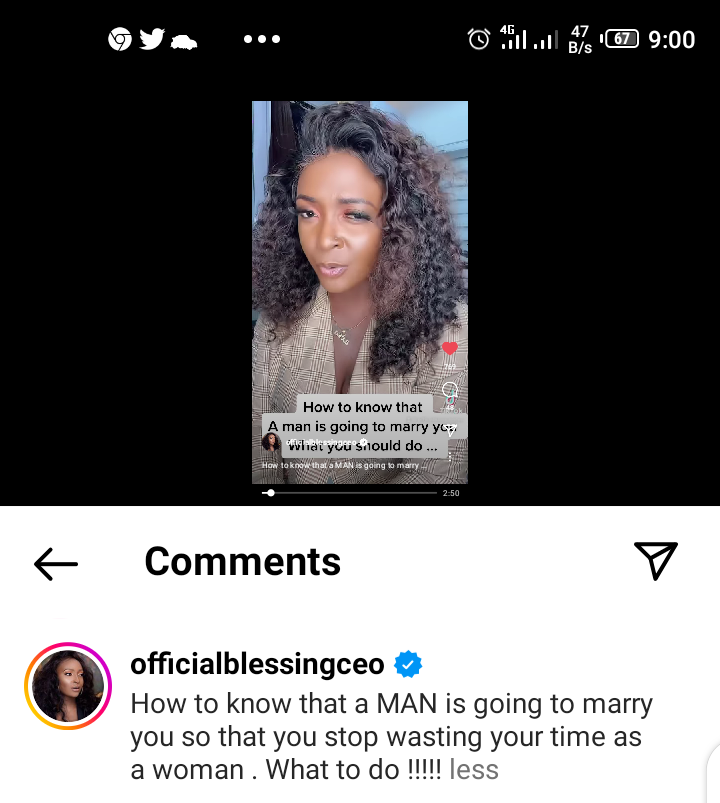 She revealed that there are some people who give you advice based on what their men like, and those men might not be your kind of men, so just be yourself because most times, those things you want to hide, your flaws and imperfections are the things that make you unique and want to make the man to marry you. 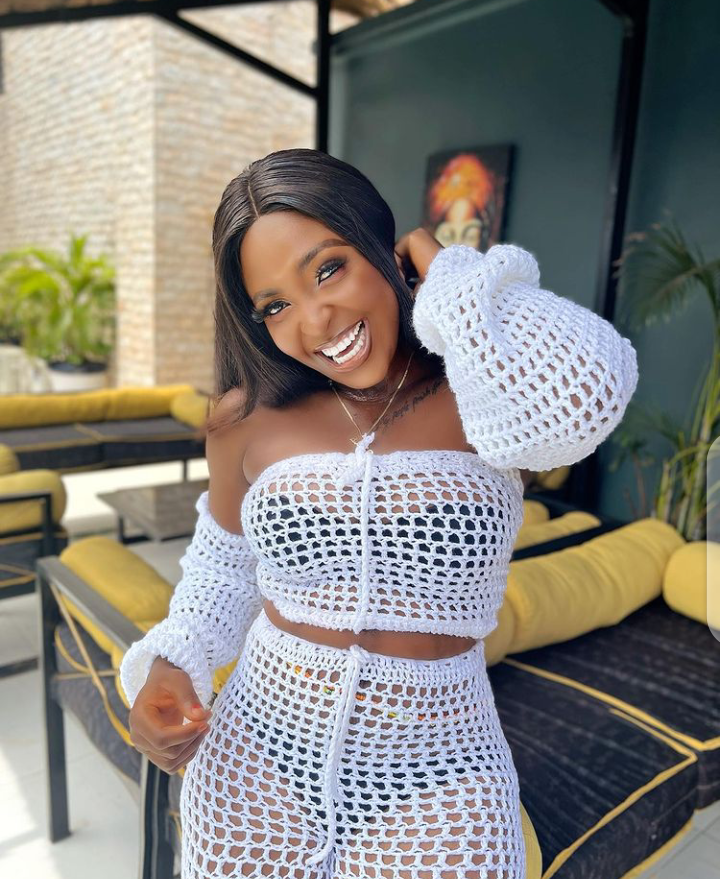 Blessing made mention of how some women fake it so that men can marry them, but they don’t know what men want that original attribute. Sometimes women wear makeup and long lashes just for men to love them, but the truth is he might just want that natural look because he always sees such looks on social media.

She revealed that most men are looking for some women that are naive, don’t know too much. That is why you should just be yourself, don’t act what you are not. Because forever is too long to be faking it.

Nancy Isime Shares Throwback Pictures Of Her No Sugar Challenge

Photos from the white wedding of billionaire daughter, Nenesi Ibru to Chin Okeke in Marrakesh

‘He is a 21-year-old adult, he scammed the Ekweremadu family to claim asylum’- Kemi Olunloyo alleges

How to Detect a Fake NYSC Certificate

ASUU TO CALL OFF STRIKE NEXT WEEK – MINISTER

JAMB 2022: Starting, closing dates for change of institutions and courses for admission