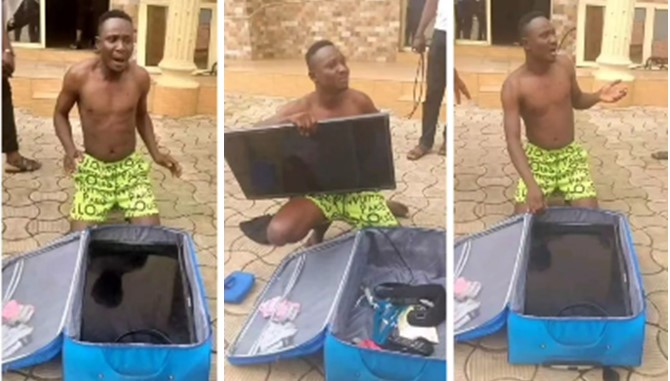 A man who lodged into a hotel in Uyo, Akwa Ibom state has been caught with the Plasma TV that was in his room.

He fitted the TV in his traveling box and attempted to escape with it but he was apprehended.

The incident reportedly happened at a hotel in Ewet Housing Estate, Uyo, and he was stripped after being discovered.

Photos which surfaced online, shows him kneeling in his underwear while with his box wide open displaying the electronic.

The suspect could be seen begging as he was asked to hold the Plasma TV while being captured on tape.