Home POLITICS Watch As Dino Melaye Lifts Tambuwal Up In Celebration After He Stepped...
Former senator of the federal republic of Nigeria, Dino Melaye couldn’t contain his joy as he took to the walkway to sweep Aminu Tambuwal off his feet after he stepped down for Atiku in the ongoing PDP’s presidential primary election.

Aminu Tambuwal, at the ongoing convention of the people’s democratic party had stepped down for the former vice president, Atiku Abubakar and at the same time asked delegates who are already Loyal to him to vote for the Atiku Abubakar. The development has triggered several reactions among Nigerians. 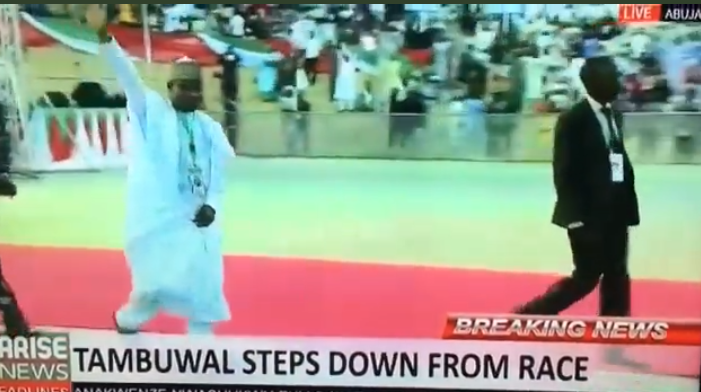 While reacting to what Aminu Tambuwal did, Dino Melaye, as contained on this video, left his seat and walked closer to Aminu Tambuwal as he was making his way back to his seat, hugged him and lifted him up in the spirit of celebration. 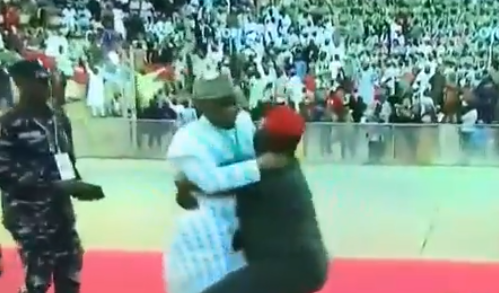 You should recall the people’s democratic party’s delegates have assembled this evening to elect their 2023 presidential election. Atiku Abubakar, Nyesom Wike and Bukola Saraki have been projected to be the top contenders for the party’s ticket.