His Excellency, The Executive Governor of Kano State, Dr. Abdullahi Umar Ganduje OFR, attended the Installation and Turbaning of his son-in-law, Idris Abolaji, Abiola-Ajimobi as the Aare Akogun Musulmi of Oyo State. 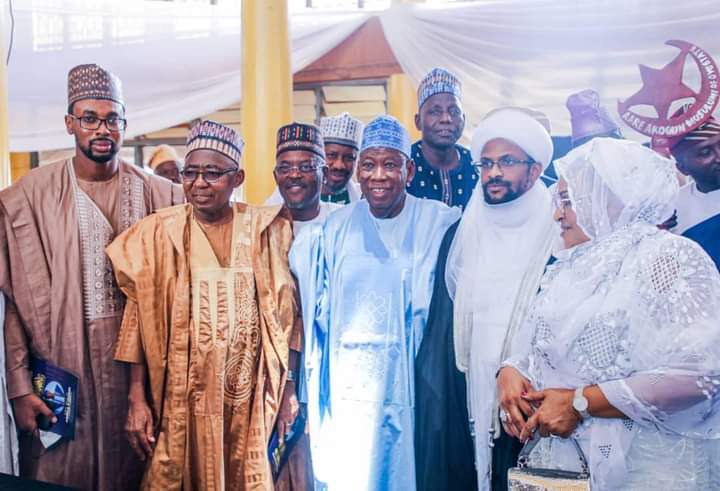 The Grand Iman of Oyo State, His Eminence Sheikh Abdul-Ganiyy Abubakry Abgotomokekere, presented a Staff of Office to Abiola-Ajimobi as the Aare Akogun Musulmi of Oyo State.

It was gathered that, the event was conducted at Ibadan Central Mosque, Oja’ba Ibadan on Sunday.

Speaking earlier today, the Kano state Governor called on the celebrant to promote peace among various Muslims in the state.

He urged him to follow the foot step of his late father Abiola Ajimobi in order to practice justice and tranquility.

According to him, this will unite the good people of Oyo state and the entire Yoruba land across the country. 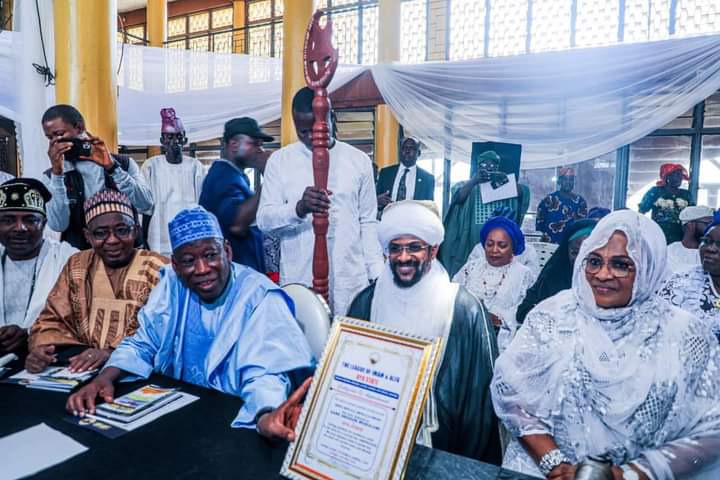 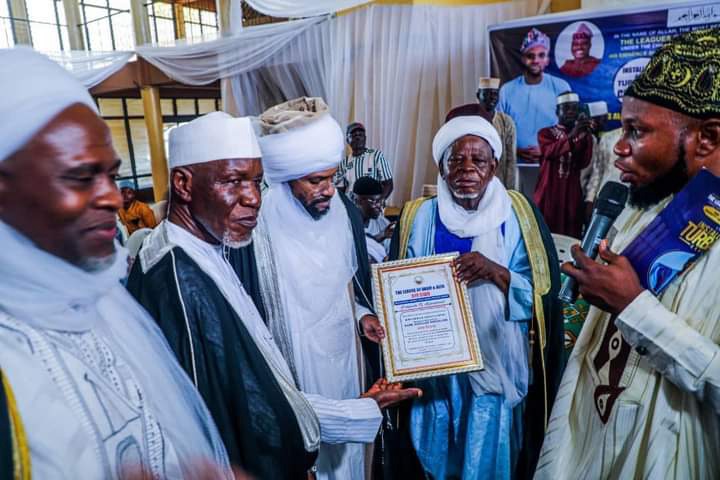 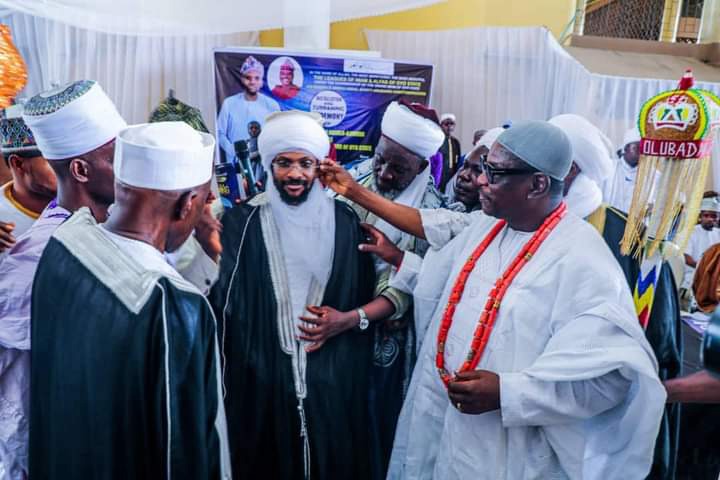 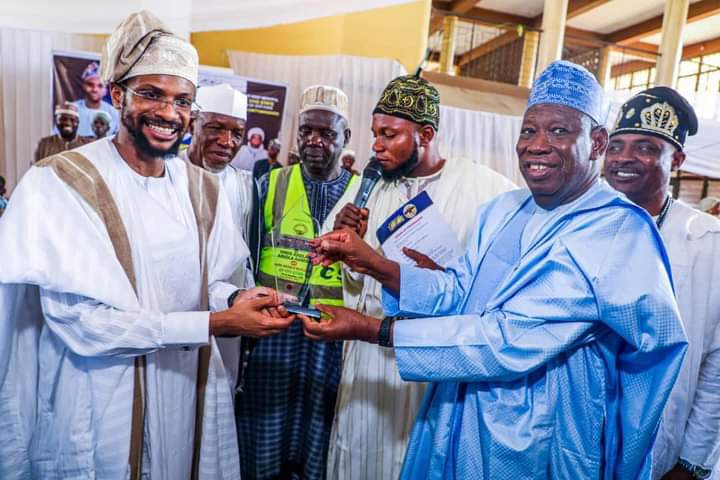 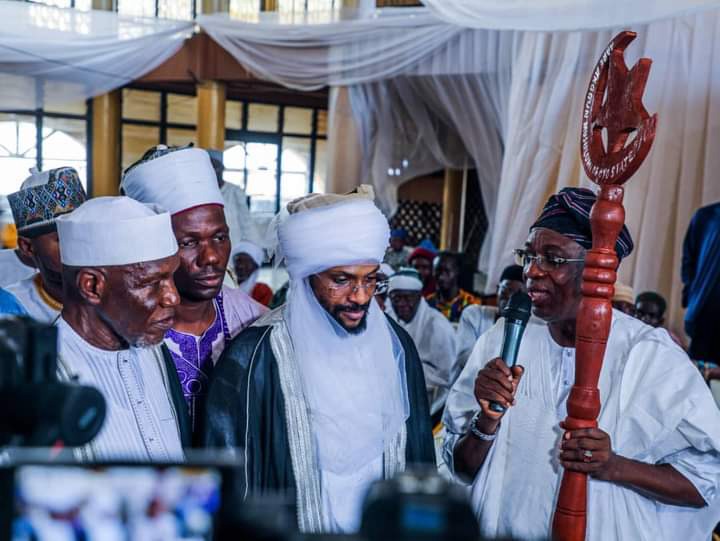 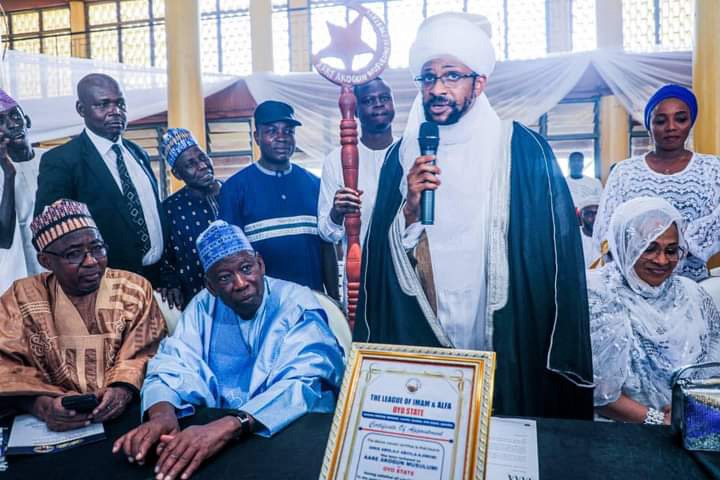