The President of the Senate, Ahmed Lawan has said that the stories about his planned declaration to run for presidency under the umbrella of All Progressive Congress (APC) in the forthcoming general elections in Nigeria mere specu 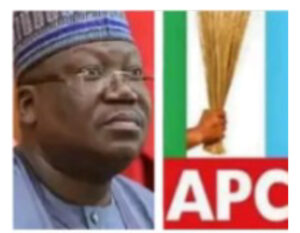 He made this known after he joined other dignitaries to pay homage to President Muhammadu Buhari at the Aso Rock Villa in Abuja, stating that his next big political move would be determined by God

He said what is most important now is to create an enabling environment for those with political interests to move ahead with their ambitions.

Senator Lawan said further that despite setbacks caused by two economic recessions and the COVID-19 pandemic, the country is still making progress.

Meanwhile, this recent development from the Senate President will now cool the political tension of whether the leadership of All Progressive Congress (APC) wants to tactically retain Presidency to the north in the 2023 general elections.