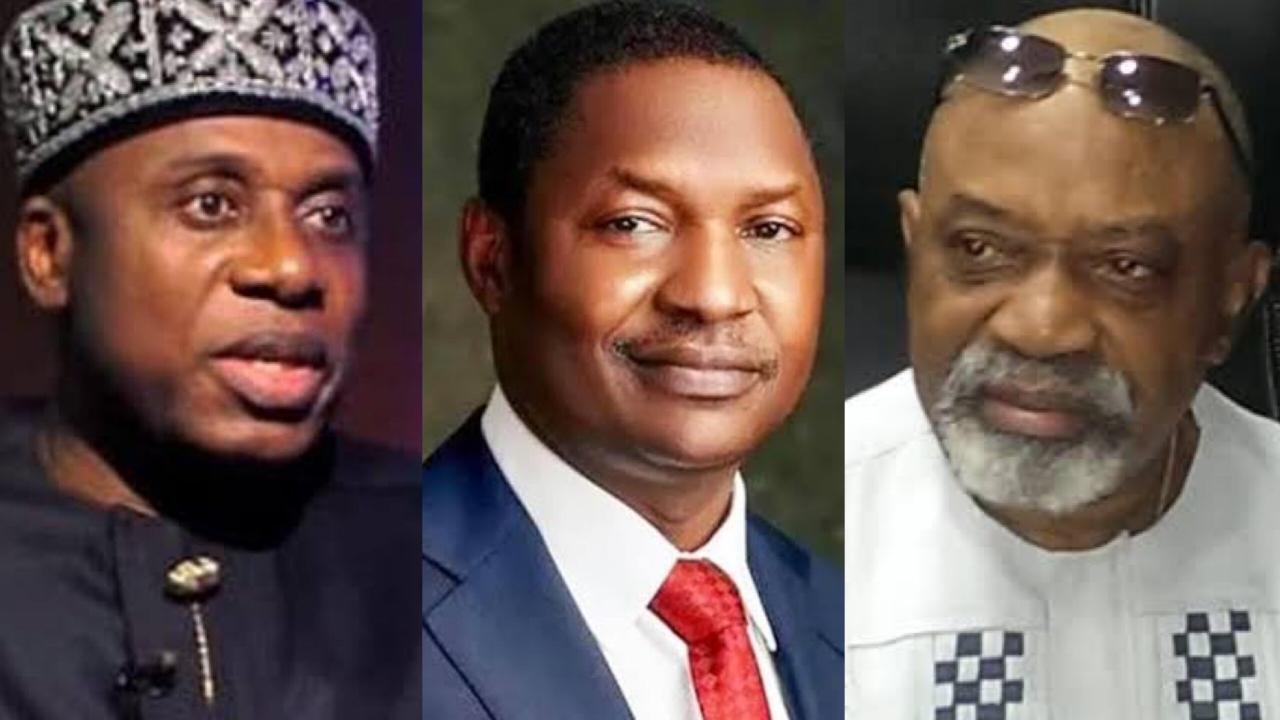 Barring any last minute change, the top echelon of the ruling All Progressives Congress (APC) will disqualify the minister of labour and employment, Senator Chris Ngige; minister of transportation, Rotimi Amaechi and the minister of state for education, Chukwuemeka Nwajiuba, from contesting in the party’s primaries slated for May 30 and June 1, 2022.

The three ministers are running for the presidency on the platform of the APC but are yet to comply with the provisions of the party’s new guidelines for the nomination of candidates for the 2023 general elections by resigning their positions as ministers three days to the deadline.

There are reports that the attorney general and minister of justice, Abubakar Malami (SAN), is equally warming up to contest the Kebbi State governorship poll on the APC platform.

APC’s new guidelines for nomination of candidates for the 2023 general elections provide that all political appointees must resign 30 days to the party’s primaries or would be disqualified.

Sequel to this, Amaechi, Ngige and other political appointees running for various offices on the platform of the ruling party are left with just three days to resign or risk disqualification.

The APC new guidelines read in part: “No political appointee at any level shall be a voting delegate or be voted for the purpose of the nomination of candidates.

“Any political office holder interested in contesting for an elective office shall leave office 30 days prior to the date of election of party primary for the office sought.

Violation of any of these guidelines shall attract automatic disqualification.”

Similarly, Section 84 (12) of the new Electoral Act directs all political appointees seeking elective office to resign ahead of any party primary they plan to participate in.

The APC national publicity secretary, Felix Morka, had said the party would ensure that all political appointees willing to contest election on the platform of the party resigned in line with the provisions of the new Electoral Act.