Home SPORTS EPL: I won’t be forced out of Man Utd – Maguire warns

Manchester United captain, Harry Maguire has made it clear he won’t be forced out of the club. 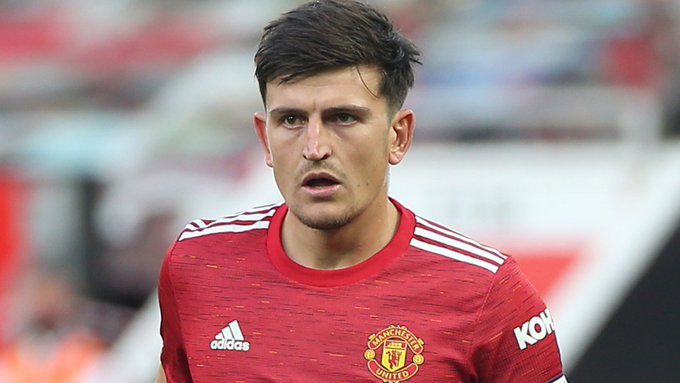 This follows a bomb scare at his home in Cheshire this week.

The UK Sun reports that the 29-year-old’s spokesman said on Thursday: “In the last 24 hours, Harry has received a serious threat to his family home.

“The safety of his family and those around him is obviously Harry’s number one priority. He will continue to prepare for this weekend’s fixture as normal.”

Maguire has come in for repeated criticism from supporters this season.

The threat was revealed a day after the Red Devils were thrashed 4-0 at Liverpool on Tuesday.

A source added: “Harry will not be forced out of Manchester United by this kind of threat.

“His number one priority will always be the safety of his family but he’s also got the strength of character to deal with this. It looks like the work of some cowardly fan.

“If that proves to be the case, they are an utter disgrace to the name of this proud football club.”