Home SPORTS EPL: Don’t depend on Ronaldo, we might lose against Liverpool – Rangnick...

Manchester United interim boss, Ralf Rangnick, has warned the squad not to rely on Cristiano Ronaldo all the time. 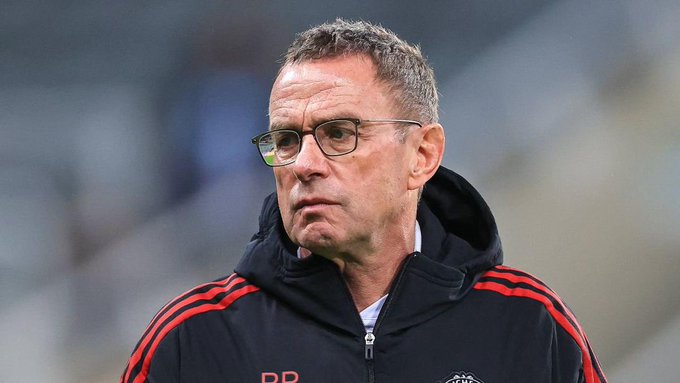 Ronaldo netted a hat-trick as the Red Devils defeated Norwich 3-2 on Saturday.

Despite moving up to the fifth place with the victory, Rangnick was far from happy and criticised the team’s build-up play and defending.

Speaking to Match of the Day, when asked about Ronaldo’s contribution Rangnick said: “We should not only rely on him.

“We played well at times but we sometimes slowed the game down and didn’t make use of overlap situations on the wing. Defensively I was not happy at all.

“The results elsewhere were good. But it doesn’t make sense to look to other results. We need to raise our game.”

United clash with rivals Liverpool who are in second place on Tuesday and Arsenal next weekend.

Rangnick has warned his players they could lose if they don’t step it up.

He said: “If we want to get points out of those games we have to raise our level and play our best.”