Home SPORTS UEL: One Substitution Xavi Made In The Second Half That Ruined Barcelona’s...

Barcelona suffered an embarrassing defeat in their crucial Europa League clash against Frankfurt at Camp Nou on Thursday night.

It wasn’t a good performance from Barcelona and the manager wouldn’t be too surprised with the outcome of the contest.

Barcelona started on a poor note as they conceded a silly penalty in the opening minutes of the game.

The referee awarded a penalty to the away side after Garcia pulled Maury in the box. Kostic stepped up to convert from 12 yards as he sent the goalkeeper the wrong way.

Things got even worse for Barcelona in the closing stages of the first half. This time it Maury who found the back of the net with a sublime effort from 25 yards.

Frankfurt made things more difficult for Barcelona in the second as they restricted the flow of passes in the middle of the park.

Frankfurt’s approach in the second half forced Xavi to make some tactical changes. The Spanish manager decided to play without a recognised striker as he substituted Aubameyang for Adama Traore.

Though, Xavi’s decision to take off Aubameyang is justifiable as the Gabonese striker failed to make any significant contribution throughout his time on the pitch.

However, Adama Traore wasn’t the right offensive player to replace Aubameyang in such an intense game on football.

Xavi should have replaced Aubameyang with De Jong who has great aerial prowess. That substitution would have given Barcelona an advantage over Frankfurt in the opening stages of the second half.

De Jong was introduced later on in the game and his contribution justifies the fact that he deserved to be on the pitch earlier than Xavi thought.

The veteran striker was involved in the build up to Barcelona’s late goals in the game. He definitely would have been more useful in the game if Xavi had considered replacing him with Aubameyang. 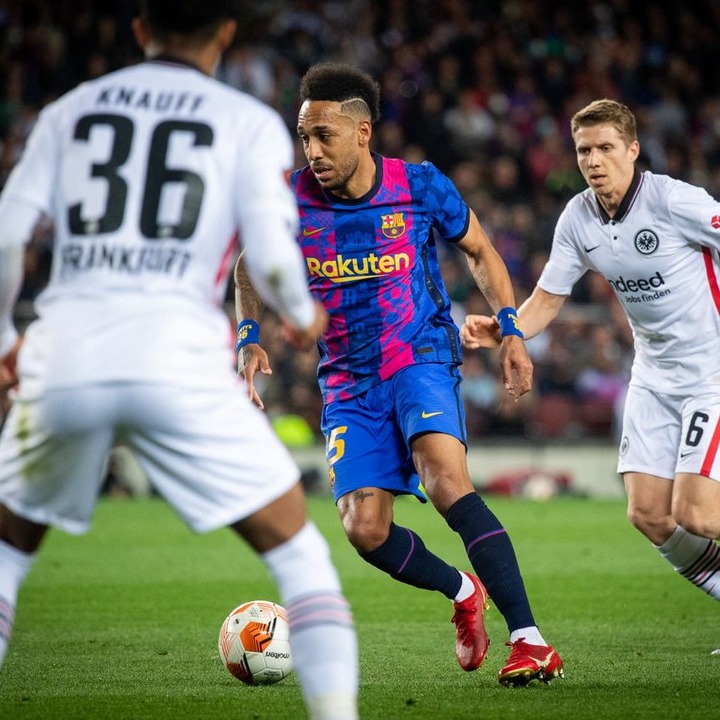