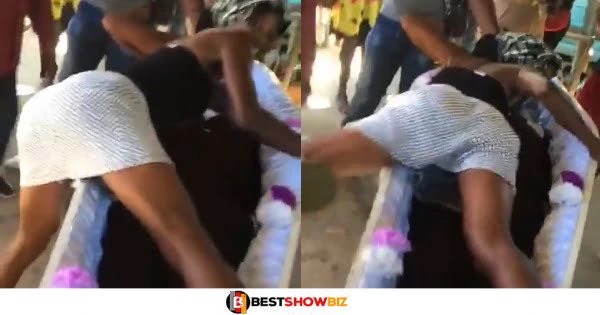 A group of Slay-Queens praise a coworker as she twerks on an unconscious body in a coffin.

we are not sure what the deceased individual did to deserve such disdain on his burial day, but it appears that people around him don’t care either!

In the video, a group people surround a deceased person in a coffin, seeming overly thrilled as they cheer and delight themselves as they watch on as a female at the event hops on the coffin and improperly touches it.

Watch the gruesome video below