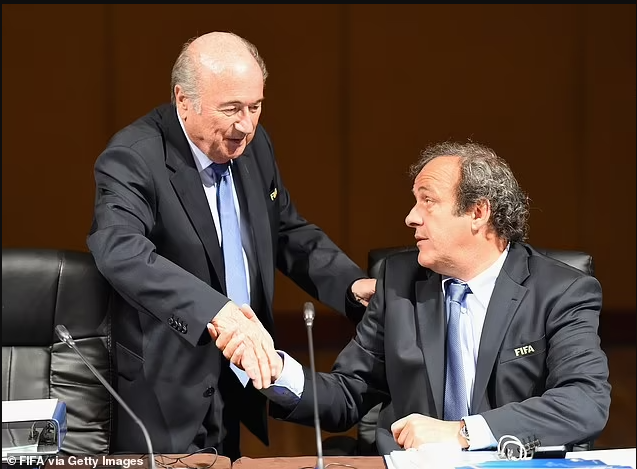 Former FIFA President, Sepp Blatter and ex-UEFA President Michel Platini will go on trial in June to face Swiss corruption charges over a $2 million (£1.4m) payment that world football’s governing body made to Platini, the court announced on Tuesday.

Both Blatter and Platini have repeatedly denied wrongdoing in the past over the incident, for which Swiss prosecutors indicted them in November.

The case is about Platini’s written request to FIFA in January 2011 to be paid a backdated additional salary for working as a presidential adviser in Blatter’s first term, from 1998 to 2002.
Blatter authorized FIFA to make the payment within weeks. At the time he was preparing to campaign for re-election against Mohamed bin Hammam of Qatar and Platini’s influence among the European vote was a key factor.

Prosecutors allege Blatter improperly arranged the payment to Platini, who captained France to victory in the 1984 European Championship, in 2011 for consulting work. Blatter and Platini said the payment was for backdated salary.

Both are suspected of fraud and other charges amid what became part of the biggest corruption scandal to shake FIFA.

The case from September 2015 ousted Blatter ahead of schedule as FIFA president and ended then-UEFA president Platini’s campaign to succeed his former mentor.

Blatter, who led FIFA for 17 years, resigned in 2015, followed by Platini in 2016. Both were handed six-year bans for ethics violations.

The trial before the Swiss Federal Criminal Court is due to start on June 8 and last until June 22, the court said on its website.

The office of Blatter’s attorney declined to comment. At the time of his indictment, Blatter said: ‘I look forward to the trial before the Federal Criminal Court with optimism and I hope that this story will come to an end and that all the facts will be dealt with properly.’

Platini’s Swiss lawyer was not immediately available for comment. In the past he has said his client was innocent and the case should have been dropped long ago.

The court said Blatter and Platini are accused of having unlawfully obtained, to the detriment of FIFA, the payment of 2 million Swiss francs (£16.5m) and social security contributions worth around 229,000 francs for Platini.

‘Among other things, Michel Francois Platini had submitted to FIFA in 2011 a presumably fictitious invoice for an (allegedly) still existing claim for his consulting activities for FIFA in the years 1998 to 2002,’ it said.