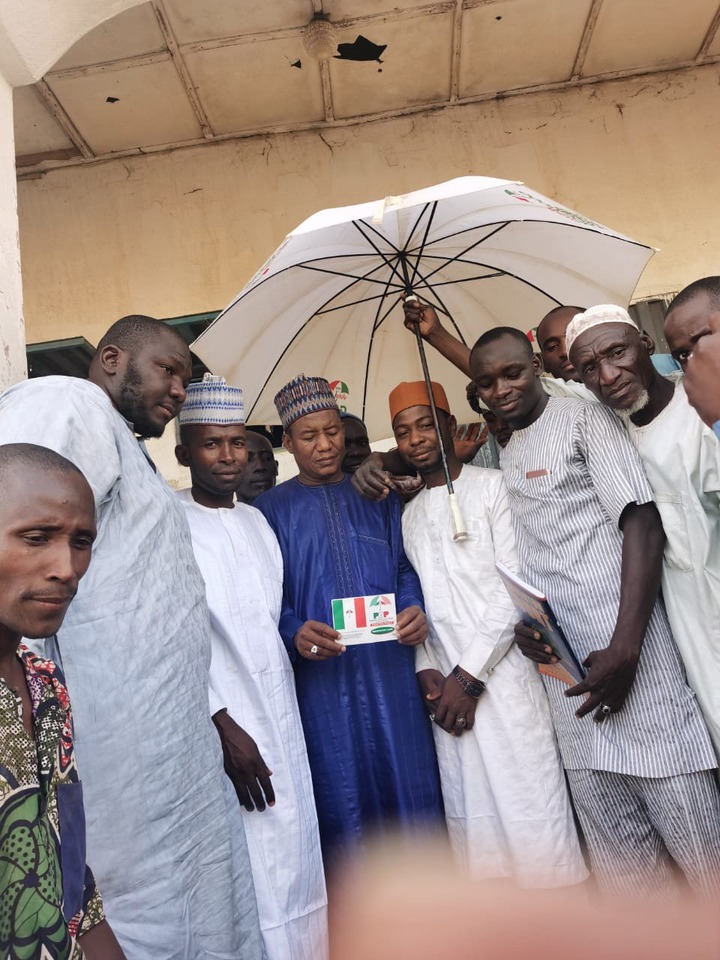 The All Progressives Congress APC, in Zamfara State, has accused former Governor Abdulaziz Yari and his group of trying to scuttle the progress of the party since his refusal to leave the leadership structure of the party in the state.

According to a press statement signed by the Publicity Secretary of the party in the state, Mallam Yusuf Idris Gusau, Yari and his group are beginning to release pictures of themselves registering as PDP members with the possible intentions of contesting under its banner in the 2023 general elections in the state.

“Already gone viral on social media are the pictures of some of the Yari APC group members including his chairman of Birnin Magaji Local Government Area, Ahmad Abdullahi (Amadi) who officially registered at his Zarumai (B) of Asibiti 001 Polling unit, Birnin Magaji Ward.

There are reports that others like Babangida Abdullahi, former Gusau Local Government Chairman will soon pick their PDP membership too”

“This has proven our earlier stand that their group was trying to destroy our great party, APC and we resisted them, as the party continues to be more formidable and popular under the Chairmanship of Tukur Umar Danfulani”

“We also have credible intelligence that the peak of this manoeuvres by the group is when their leader, Abdulaziz Yari will come and join the PDP too and follow it up by the Zamfara West Senatorial Zone nomination form with the party compelling the current person eying the position to withdraw for Yari”

“What is most important here is that the APC in the state has been vindicated when it since exposed this scenario and the Yari boys came hounding with denials, and now, they will have to offer Zamfara people by right, why they have to lie if they want to be good leaders that they claim”

“The APC in the state under governor Bello Mohammed Matawalle, we will continue to support our leaders so that they continue to bring the needed dividends of democracy to our people throughout the state”

“Also having identified how these people are, we shall be very wary, careful and watchful over them especially to guard against their anti-party activities which we also envisage they will try to execute against the good people of the state for the attainment of their selfish gains which is their trademark”

“We are happy with the exit of the crisis-ridden politicians who are power mongers that want to hold on to power at all costs, dead or alive”