Many times we find people around us who have Gap Teeth which is often considered to be attractive or attributed to beauty, especially if it occurs in the front part of the teeth. It is medically known as Diastema. 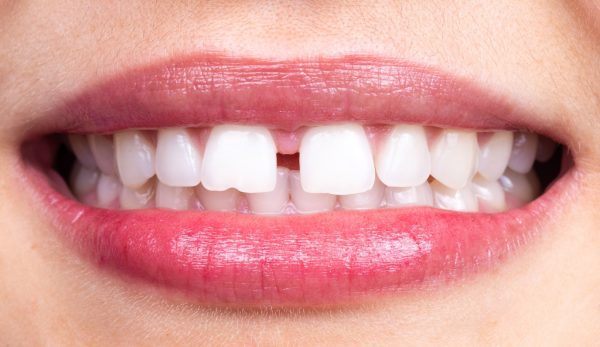 However, it is pertinent to state in this article that there are different things that causes gap teeth to occur in the mouth of some people.

According to the publication by WebMD, the following are the reasons why gap teeth occurs;

The frenum is a thin tissue that connects the upper lips to the upper gums. When it grows too large, it makes the front teeth to separate and form gaps.

If the frenum grows abnormally, a medical procedure called Frenectomy can be carried out for it’s correction.

Gum disease usually occurs due to lack of dental care or poor oral hygiene. This can result in receding gums, gum infections, loose teeth or other dental issues which may cause spaces to grow in between the teeth.

This is to say that those who have wide jaws, may have more space for their teeth to move or shift. Too much space can result in abnormal spacing and gaps between the teeth.

Some people also develop gap tooth later in life due to pressure in some parts of the teeth that will make it shift and create space or gap.

Diastema is a gap that can occur in any part of the teeth but mostly found in the front part either in the upper, lower or both sides. It is harmless and can be seen both in children and adults.

3 Reasons Why You Should Never Flog Your Children

How to use Salt to get rid of stubborn rats, bed bugs and cockroaches in your house

Chew Bitter Kola AND Groundnut Every Morning And Night TO Treat These Diseases.