Cristiano Ronaldo has prove that he’s still a fantastic footballer after an incredible performance against Germany in the on going Uefa Euro 2020.

The 36 years old Portuguese professional footballer who plays as forward for Serie A club Juventus and captains Portugal national team, has sparked reactions on social media after he disgraced Chelsea famous defender with his amazing football skills, he flicked the ball over Rudiger. 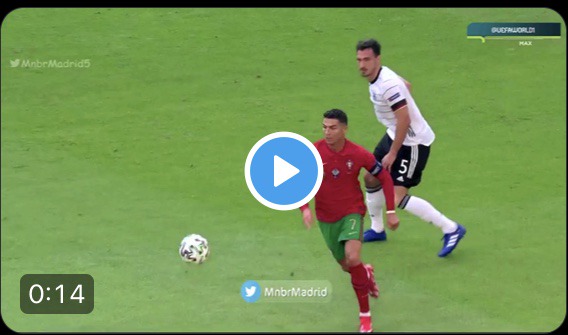 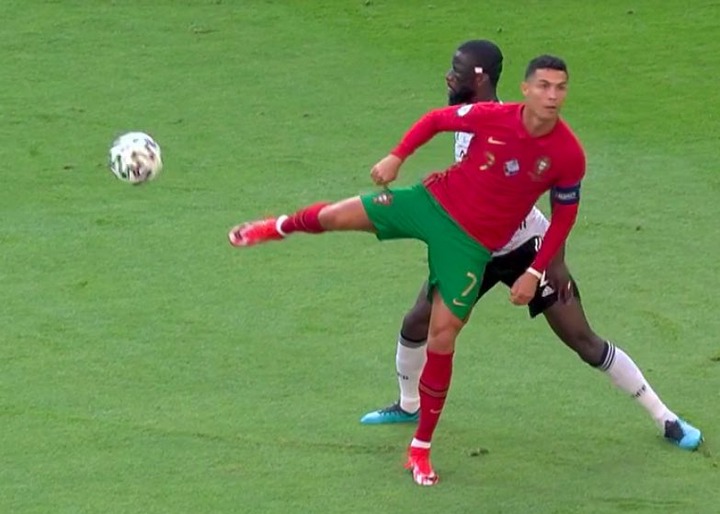 Despite his age, Cristiano Ronaldo is still in his prime, he’s still strong, fast and skillful with lots of experience.

Wale Adetona – Ronaldo is rude. See what he did to Rudiger. A whole Champions League winning defender.

Medi Msuya – Cristiano is 36 and still in his prime, damn

Emeritus Derrick – Cristiano Ronaldo sends Rudiger back to the bridge. 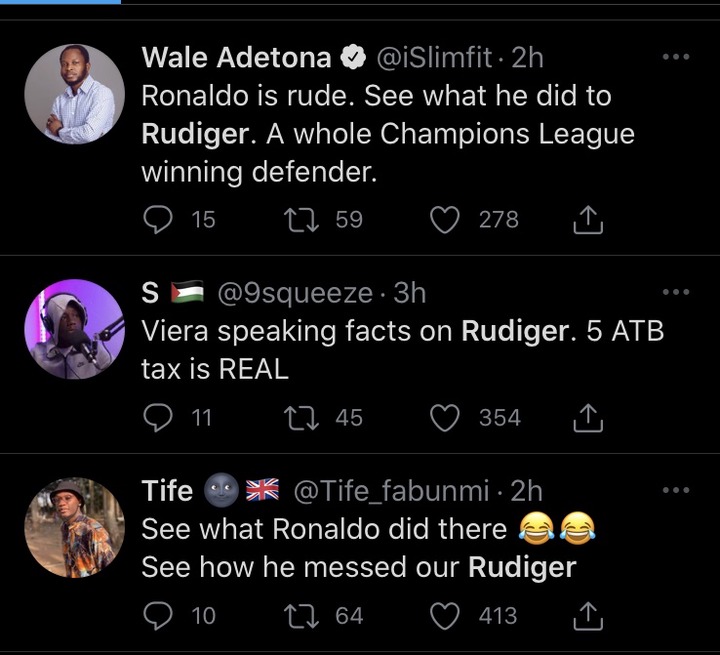 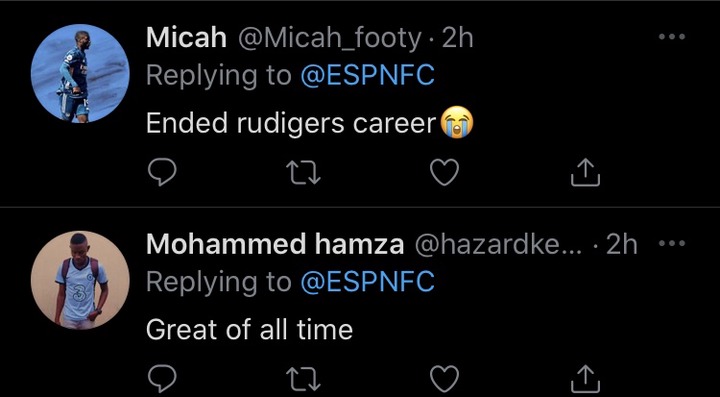 Cristiano Ronaldo scored the opener, but Germany quickly took the lead and won the match. They scored four in win over Portugal, Portugal scored two.