Home GOSSIP Check Out What A South African Lady Wore In Public That Made...

A lady caused a lot of angry reactions from some people in the public when she wore very revealing clothes in public.

In a video which has received several mixed reactions, a lady who was walking down the road in revealing clothes was shamed by onlookers.

As the public gathered around her and took turns to jeer and even pull her clothes, the lady became too ashamed and had to run to a corner to hide her face in shame.

Although there have been several campaigns which enjoined people to allow others wear what they are comfortable in.

But from what was seen in the video, most persons are still not comfortable with the idea of seeing women dress half naked in public.

The incident which was recorded on video, took place in South Africa. In the video, a well endowed lady wore a gown that opened up in front, showing most of her thighs and inner wear. 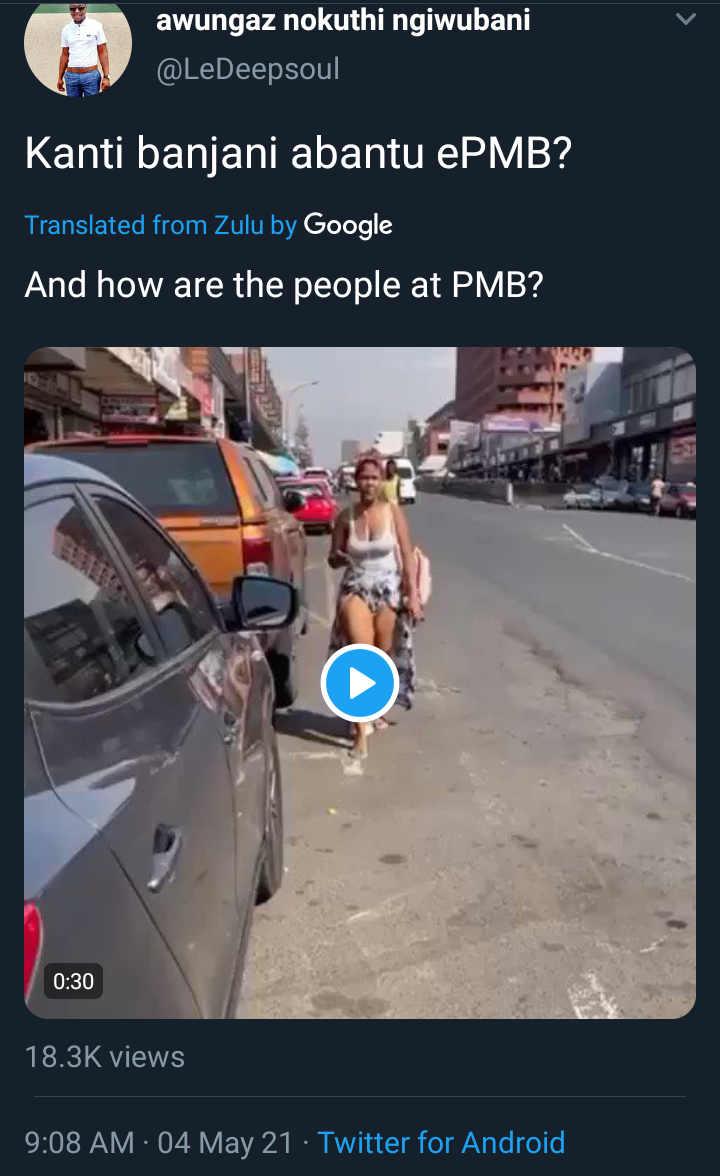 As soon as she got to where people were, most people began to whistle at her and cat call her. While others booed and jeered at her for looking the way she did.

The most embarrassing and shocking thing was that women who are supposed to protect her, were also making fun of her and shaming her for dressing the way she did.

In fact, it was the women that were around that went as far as dragging her clothes in a bid to undress her. 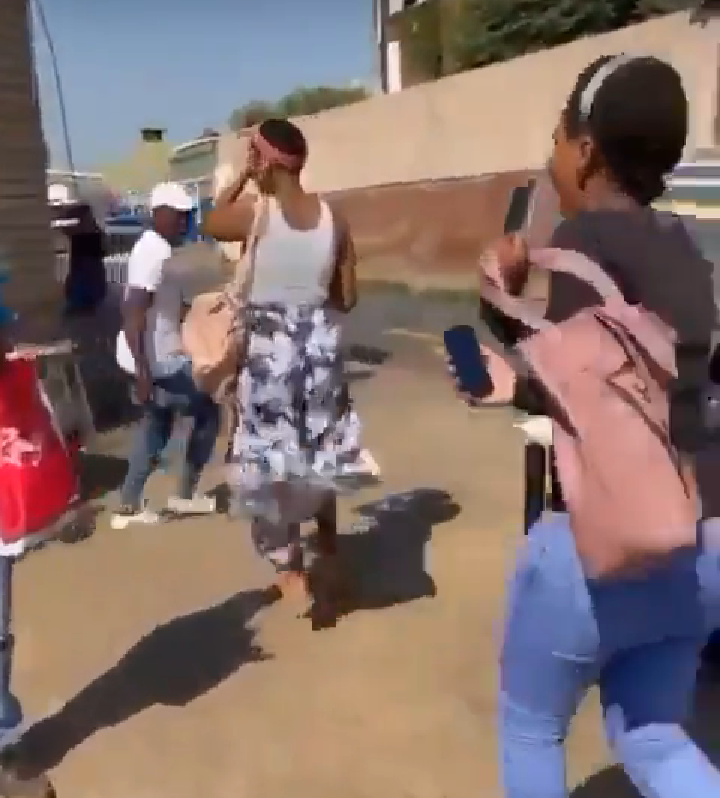 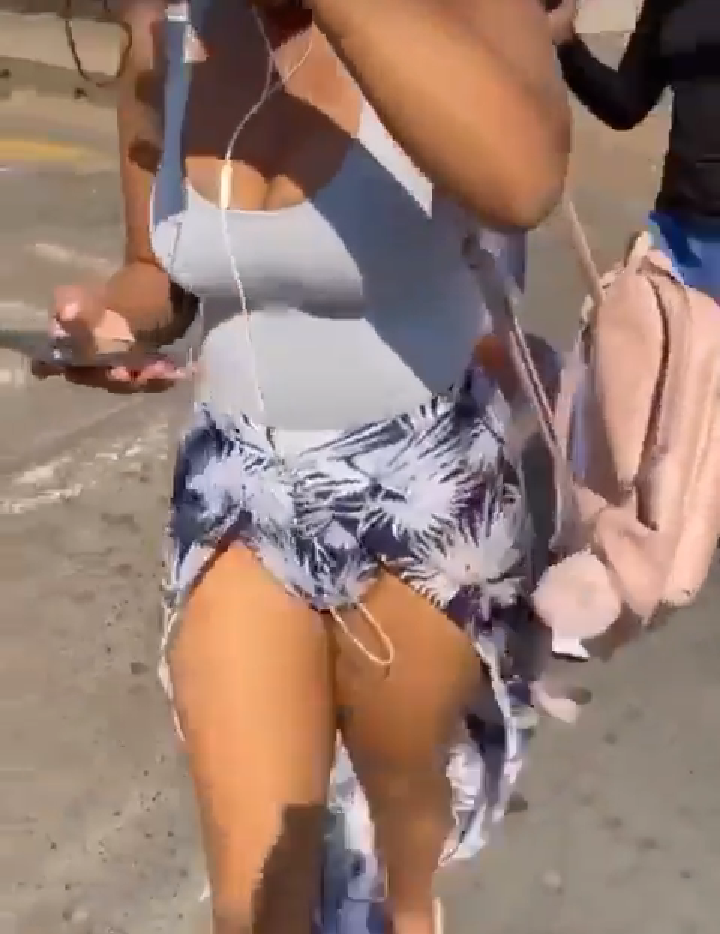 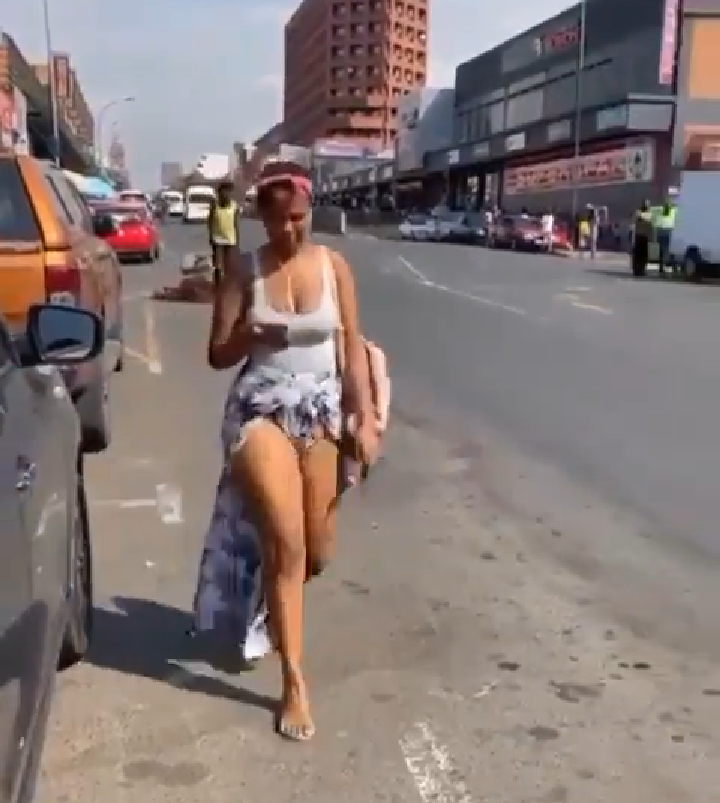 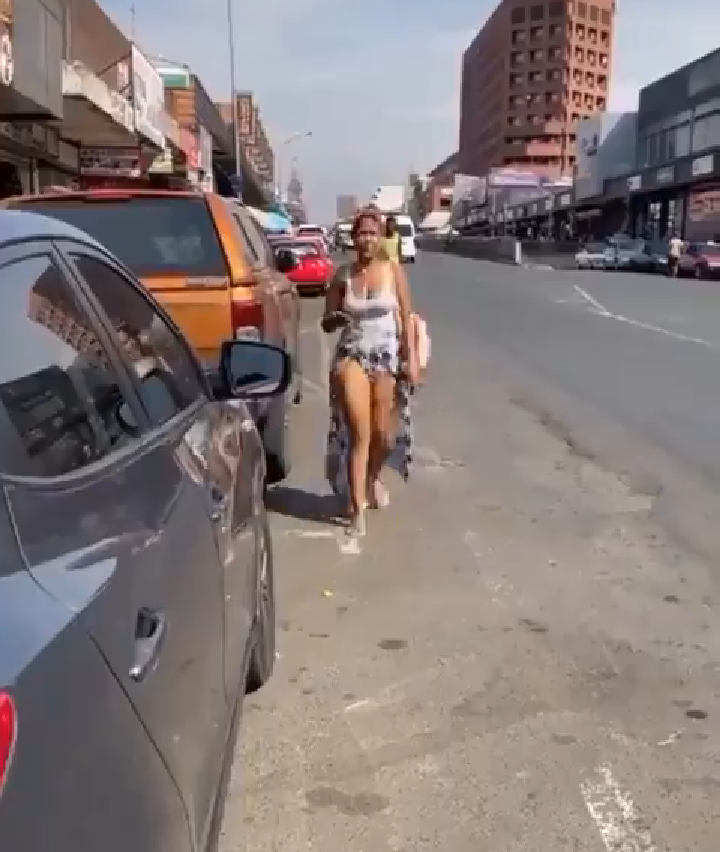 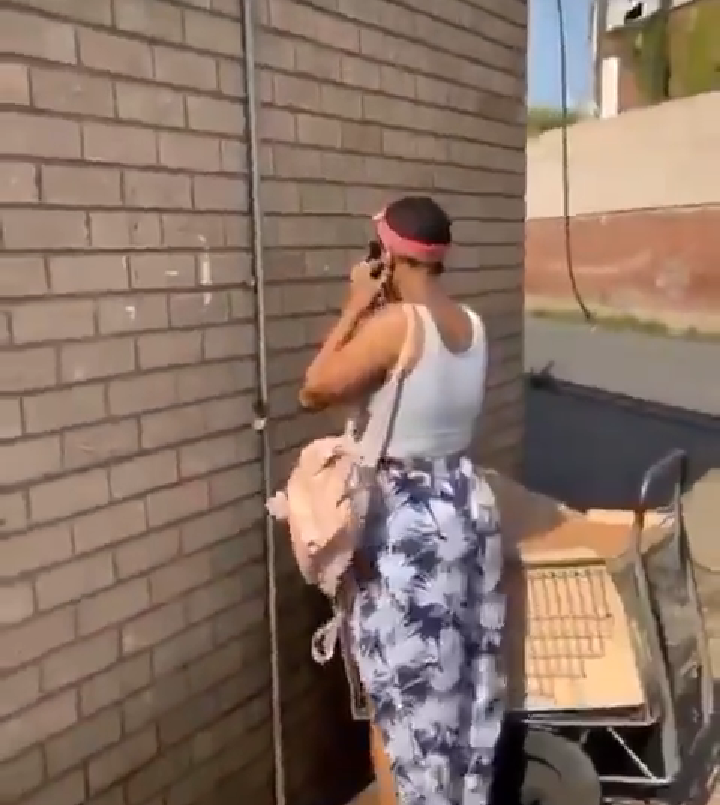