Ahead of the 2023 general elections, the Peoples Democratic Party (PDP) ruled out zoning at this critical time of a the nation’s history, saying it’s not yet on the party’s agenda. 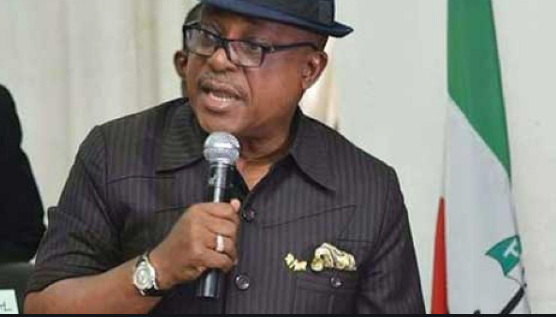 Disclosing this while interacting with newsmen Thursday in Abuja, PDP National Chairman Prince Uche Secondus said, “after the general election, we set up a panel to study and appraise our performance and make necessary recommendations. The Governor of Bauchi state, H.E Alhaji Bala Mohammed is heading the committee and they are still working.”

“We did the same thing when we lost election in 2015 when we set up the Senator Ike Ekweremadu committee to look into why we lost. It was from that report that the party took action towards 2019. The same way this time, we must study our last outing before looking ahead. We can’t be talking of zoning when we have not appraised how we fared in the last election.

“Moreover, the state of the nation today is such that politics or anything concerning 2023 of three years away should take back stage. Nigeria is in a comatose state today where APC brought it, that should be our concern now,” Secondus stated.

Asked if the party was making moves to bring back former President Goodluck Jonathan following the clamour for an Igbo Presidency, Secondus said: “I stand by my position that the Governor Bala-led committee is still working, they are coming out with a report on why we lost and by the time they finish, we will take decisions and the decision is not for the National Working Committee but for the entirety of our party.

“And I believe that whoever that is interested in the 2023 may be including the former President, the chances are there because the PDP is a party of all. Everybody will have that opportunity but in clear terms, we have not taken any decision to give anybody ticket for now.”

On the security situation in the country, the PDP boss said: “This back and forth from the President on vital issue  as security that is overwhelming our nation underscores our position as an opposition party that nobody is in charge and that this is a broken government.”

Secondus also said the APC-led government had failed the nation in all ramifications.

“The hard fact facing all of us now is that this regime has woefully failed Nigerians in all ramifications. It’s a shame that a government that came to power brandishing its military credential as a General with the propaganda to wipe away Boko Haram in 100 days is there five years plus presiding over the worst security situation in our history with no clear direction on what to do and even afraid to face the country’s parliament to explain what he is doing,” he said.

“The truth is that the president disregarded the people by reneging on his commitment 24 hours to the agreed date of addressing the country. For the president, the lives of Nigerians no longer matter even as farmers are killed on their farm lands.”

Present at the event were Senator Adolphus Wabara, Secretary of the party’s Board of Trustee (BoT), Air Commodore Dan Sulieman, BoT member, Senator Ibrahim Mantu  and all the National Working Committee (NWC) members.