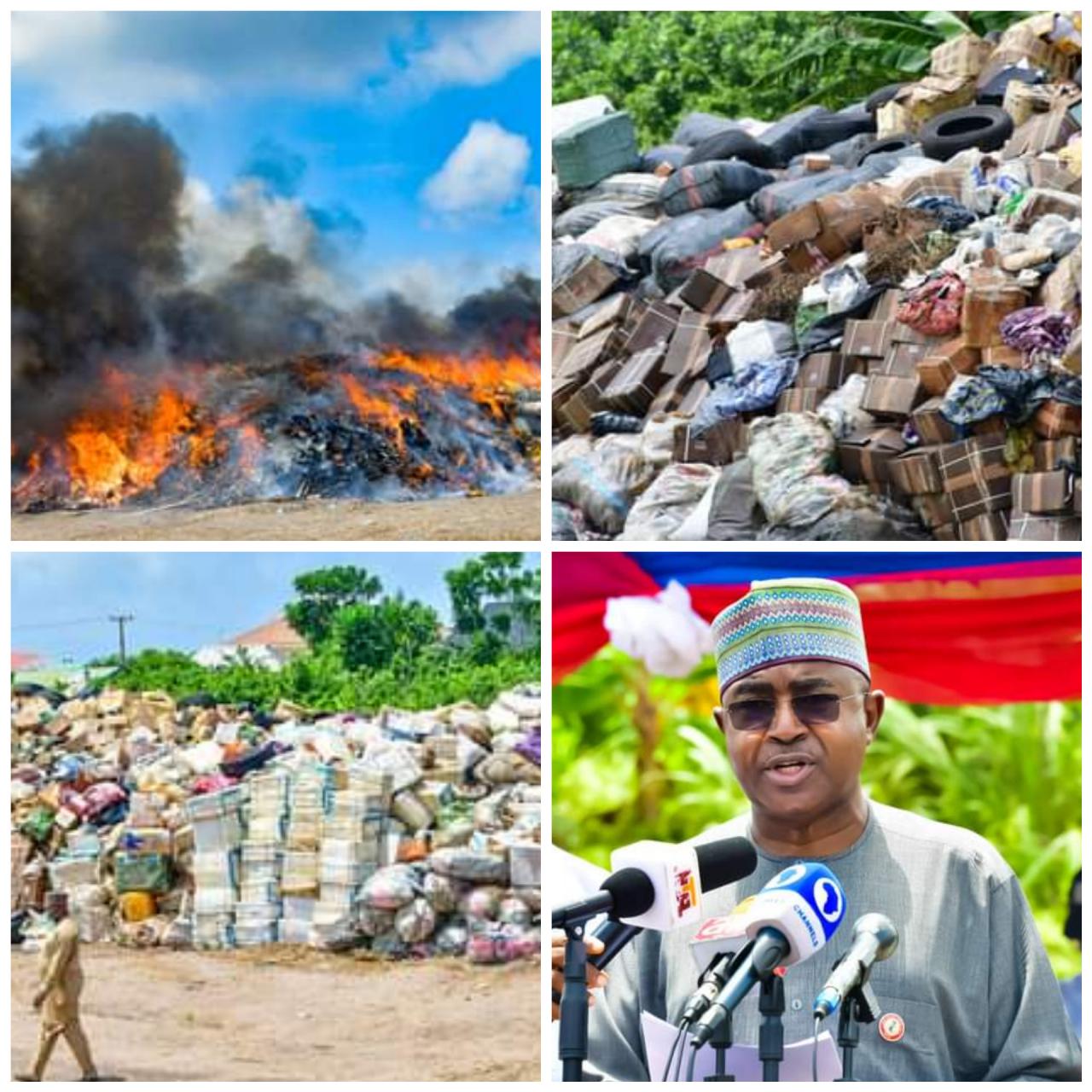 The National Drug Law Enforcement Agency, NDLEA, on Thursday, August 4, set ablaze over 560,068.31414 kilograms of assorted illicit drugs, the largest to be destroyed in the 32-year history of the anti-narcotic agency.

Leading other top officials of NDLEA, other security agencies and members of the public in the burning of heaps of the illicit drugs, Chairman/Chief Executive of the Agency, Brig. Gen. Mohamed Buba Marwa (Retd) said the exercise is a strong message to drug barons and cartels that theyll continue to lose their huge investments in the criminal trade if they fail to back out and look for other legitimate businesses.

Speaking at the ceremony, Gen. Marwa said, “It is gratifying to know that our drug law enforcement efforts are not in vain. Our efforts not only resulted in the seizure of the aforementioned drugs but also culminated in the arrest, prosecution and conviction of the offenders in court. Since January 2021, we have arrested over 17,647 drug offenders of which 2,385 have been convicted in court. In the process, we have seized over 3.5 million kilos of assorted drugs. The business of today is yet another indication that officers and men of NDLEA are not relenting in the pursuit of the Agencys mandate to make Nigeria safe from the drug scourge,”

“I stand here today before you to give the assurance that NDLEA will continue to explore various ways, legal and within the ambit of orthodox drug law enforcement, to address the drug problem in the country. And there is no better time than now to adopt evidence-based programmes and policies to counter the destructive impact of the drug scourge, which has pervaded our society in the past few years,”

While assuring that Agency will not only focus on drug supply reduction, he said, “we are equally broadening our drug demand reduction efforts, and especially working hard on drug use prevention programmes. Among other measures, we are reaching out to young people through prevention messages on our social media platforms. We are not oblivious of the fact that some teenagers and young adults are being exposed to drugs at a very young age, particularly in deprived circumstances. The agency is working with other institutions to provide educational opportunities, vocational skills training and other socio-economic support for this vulnerable group.

“In everything we do, we strive to align our efforts with international best practices. Only a few weeks ago, NDLEA launched a 24/7 toll-free call centre for people who are drug-dependent or suffering from drug use disorder, their families, employers of labour, and members of the public who need any form of help. The centre which has a team of dedicated, well-trained professionals in the mental health practices including psychologists, psychotherapist, psychiatrist and counsellors, currently receives calls in English, Pidgin, Hausa, Yoruba, and Igbo languages.”

While commending the officers and men of the Agency for their commitment that has made possible currents, Gen. Marwa praised President Muhammadu Buhari for his political will in tackling the drug menace.

“We equally appreciate the contribution of our local and international partners, who are instrumental to the successes we have recorded. We also thank members of society who are working with us to safeguard the health of our communities,” he said.

“I urge all stakeholders in this campaign against abuse and trafficking of illicit substance to not relent but intensify support for NDLEA. On our part, we will continue to identify new approaches and expand our scope of operations to ensure that our communities, states and country is safe, healthy, and secure.”

The NDLEA boss had earlier led his top officials on a courtesy visit the Akran of Badagry, Oba Claudius Dosa Akran, De Wheno Aholu Menu-Toyi 1 who he implored to set up drug control committee in his kingdom as part of efforts to support the war against drug abuse in the country. 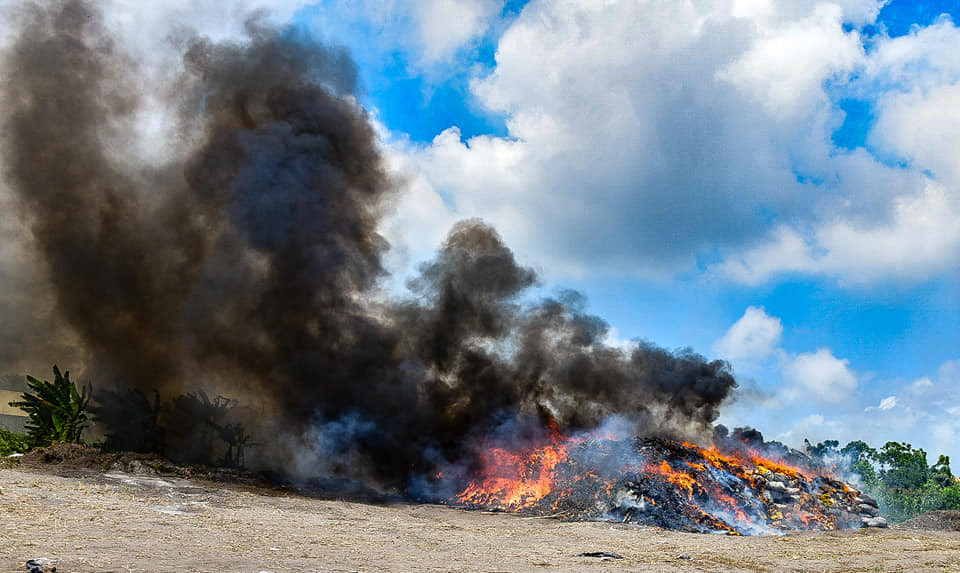 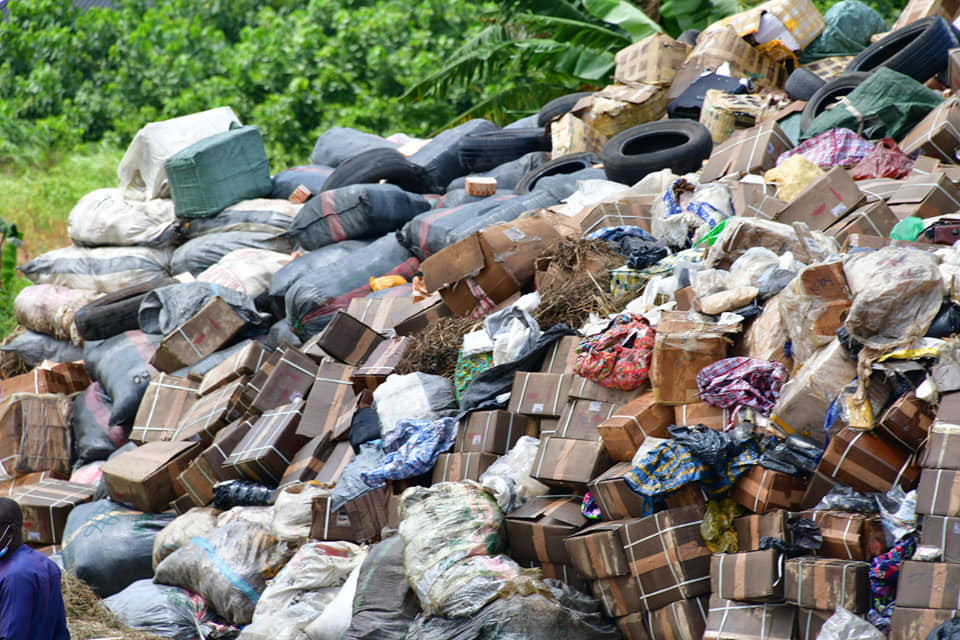 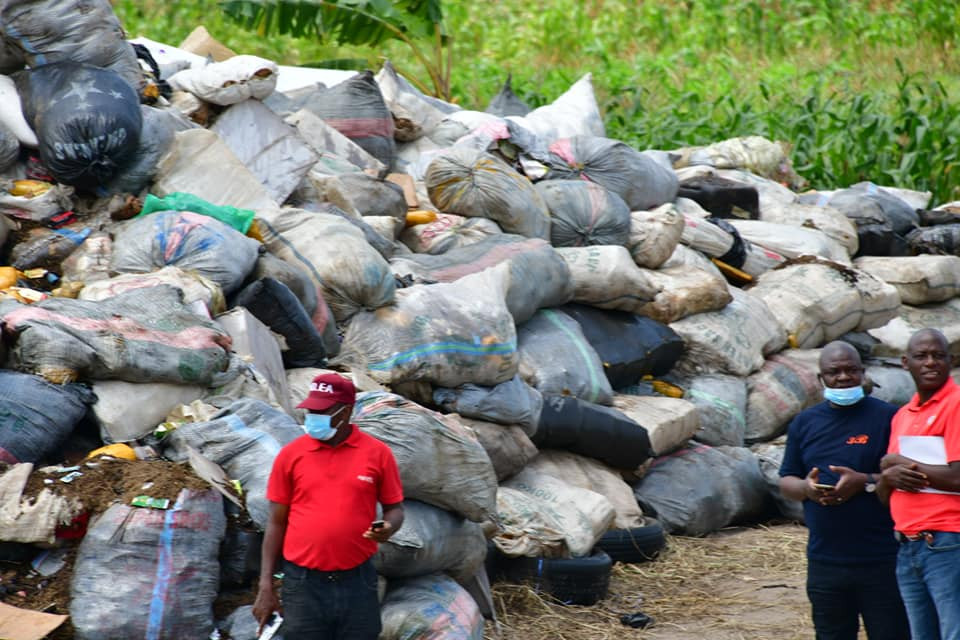 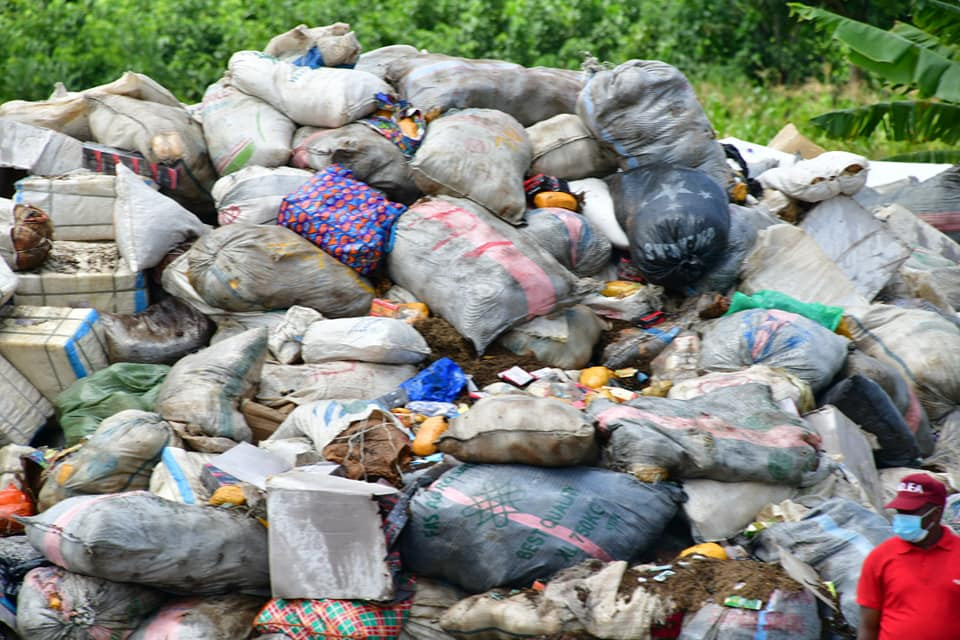 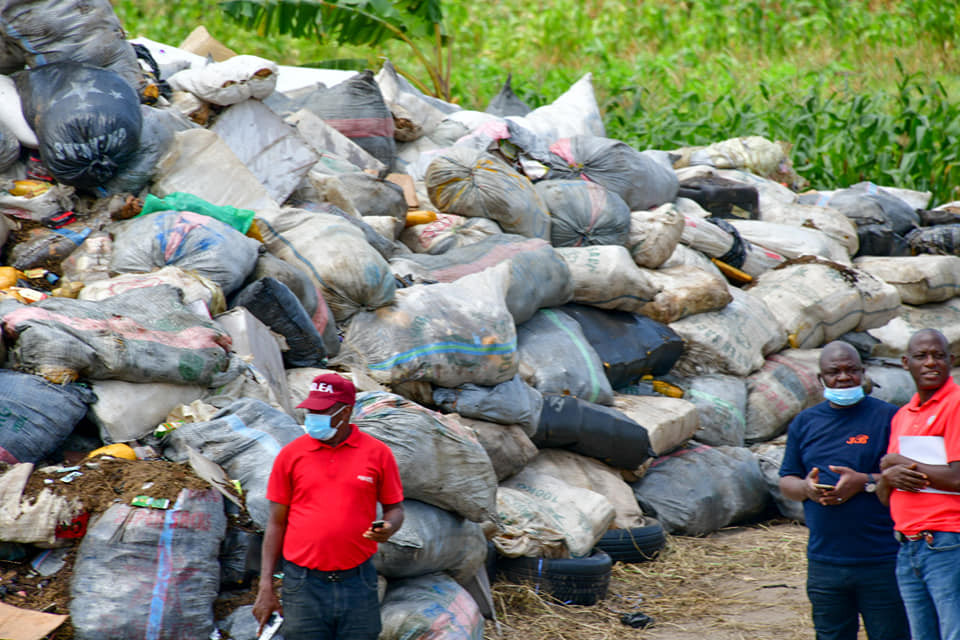 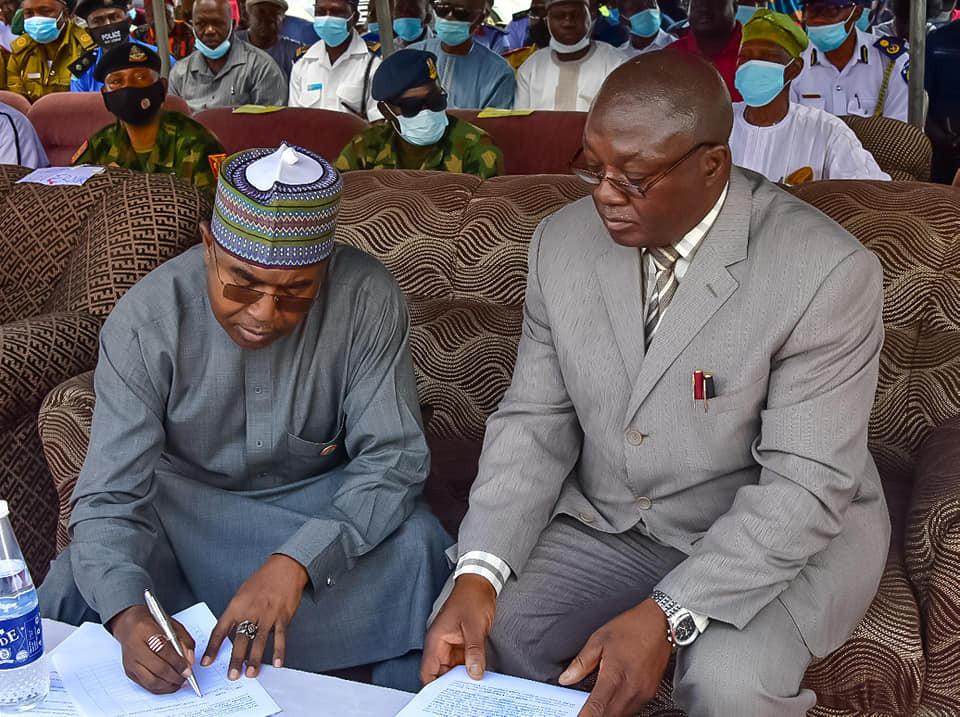 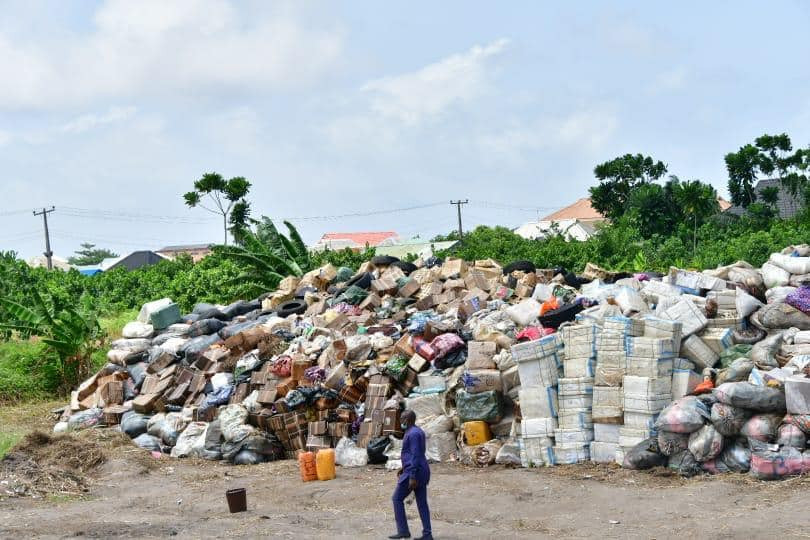