Home Entertainment The Power Of My Heart, Love Hold Us -Grand P Says As...

The Guinea singer, Moussa Sandiana Kaba, professionally known as Grand P, has showed off the expensive Gucci shoes and slides he gifted his fiancee, Eudoxie Yao as he expresses the love he has for her on social media. 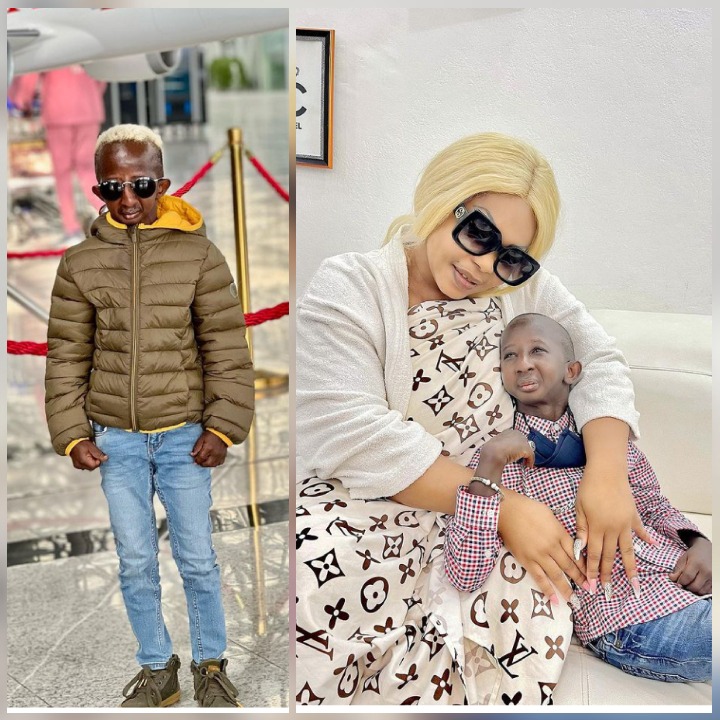 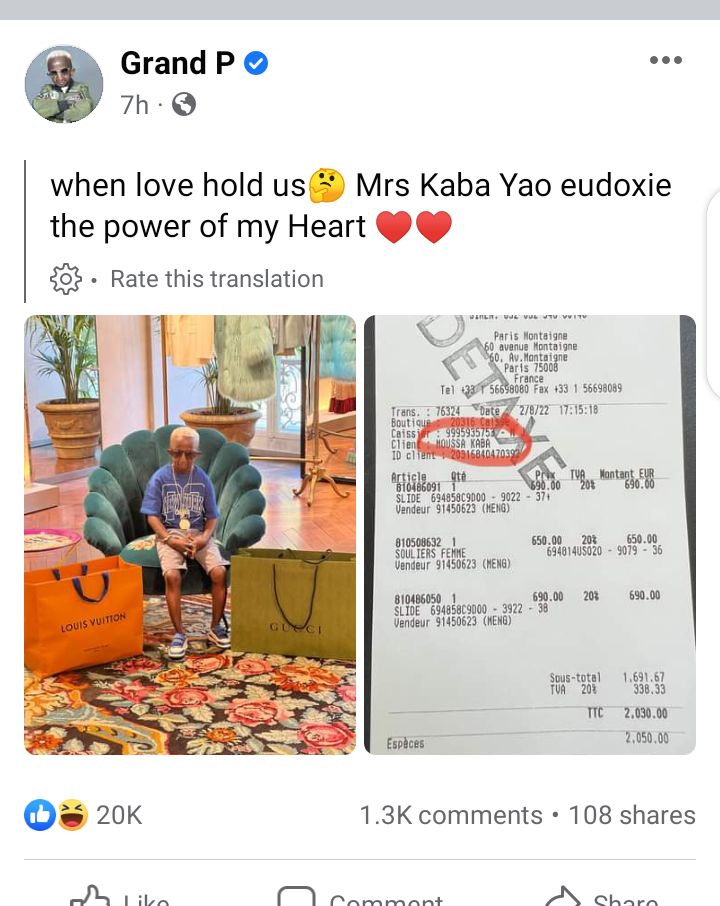 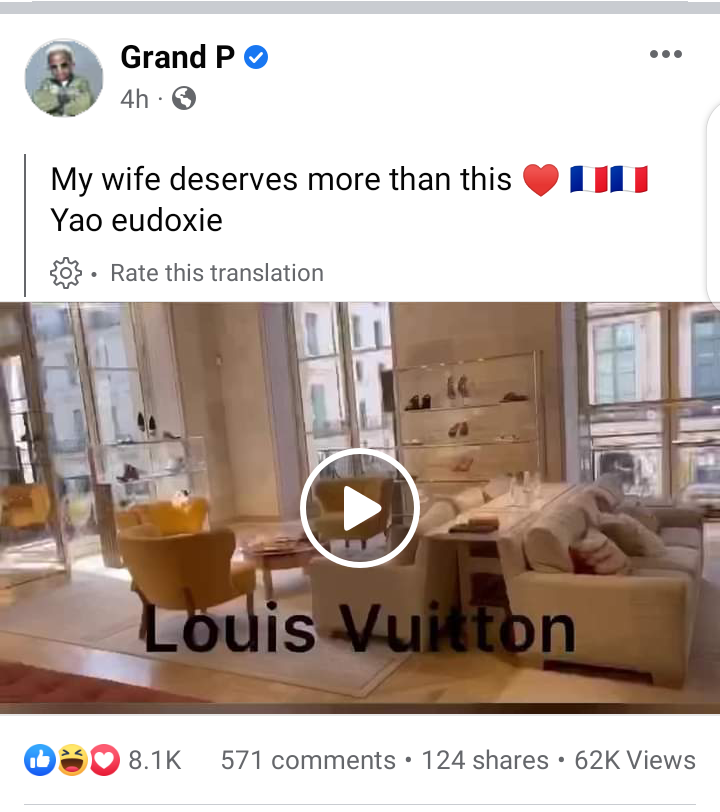 According to a post Grand P made on his Facebook page, he said when love holds us, Mrs Kaba Yao Eudoxie, the power of my heart. Grand P also said: my wife, Eudoxie Yao, deserves more than this. Grand P showed off the receipt with his name boldly indicated on it just so everyone would know he bought it for his Fiancee. The shoes and slides were worth €2,050, which is almost 20 million Guinea franc in the Guinea currency.

This Gucci shoe gifts came after he gifted her Louis Vuitton bags worth over 40 million Guinea franc. Recall that a video trended early this year that he engaged her, and she accepted it, since then they have been expressing how much they love each other on social media. Grand P always uses any opportunity he gets to appreciate and express his love for Eudoxie Yao.