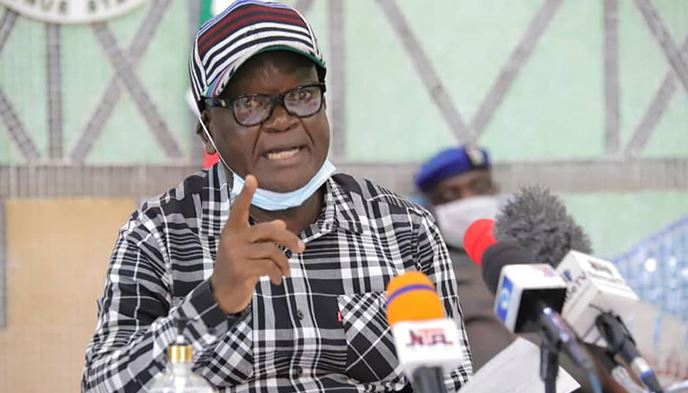 Gov Samuel Ortom has disclosed that the reason Benue state and other states are struggling to pay salaries is due to poor allocations from the federal account.

The governor, who spoke on Thursday when he was featured on Arise TV programme, Morning Show, said more than 20 states in the country are currently having difficulties in paying salaries.

According to him, his administration has been able to deplete the N70 billion to N30 billion since he assumed office in 2015.

He said, “When I came in, I inherited arrears of pensions and salaries of over N70 billion, I have depleted that to N30 billion now from 2015 to date.

“On salaries, the challenge is not only with my state, more than 20 states are finding it difficult to pay salaries as it stands now and this is as a result of poor allocation from the federation account due to non remittance from the NNPC”.