Home Entertainment Obi Cubana stopped by his two kids on his way to the...

Billionaire celebrity and businessman, Obi Cubana has shared pictures of how his two little boys arrested him on his way out to catch an early morning flight. 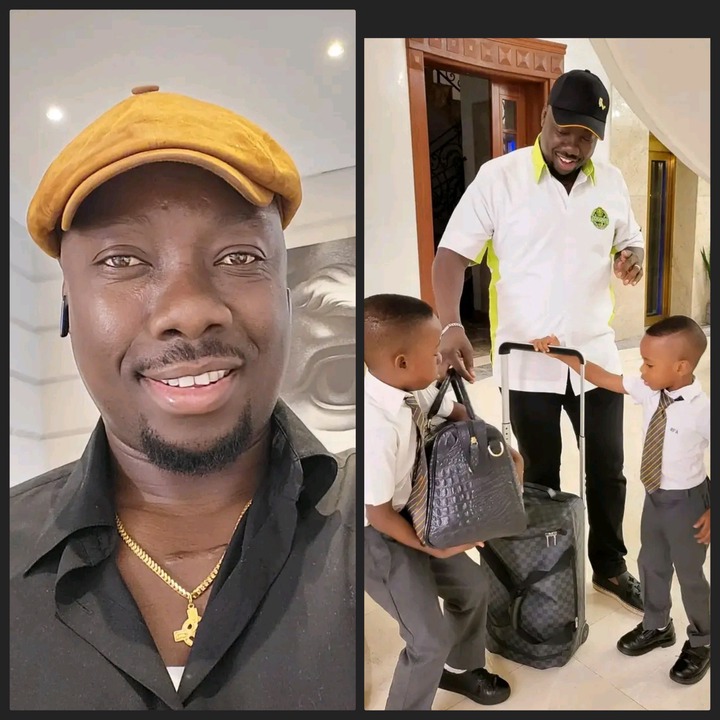 In a post he made public on Facebook, he shared pictures of his two sons whom he thought were still asleep surrounded and collected his traveling bags from him. The reason for this arrest is that he travels too much.

Obi who has four kids (all boys) with his wife, Lush Ebby shared the moment mentioning the two boys who launched the attack – Kosi, and Ebube. The little boys in the pictures were seen wearing their school uniforms, hence they were already prepared for school while their father was rushing to catch his early morning flight. 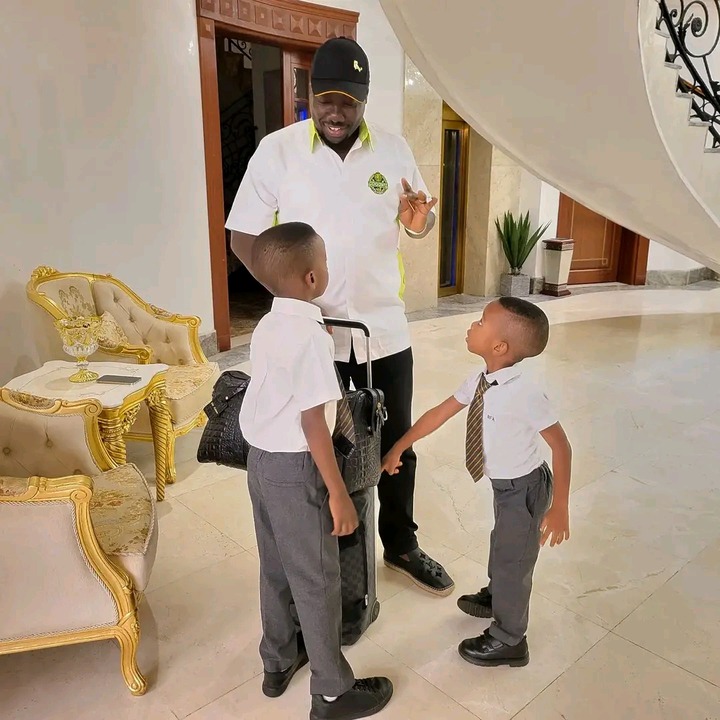 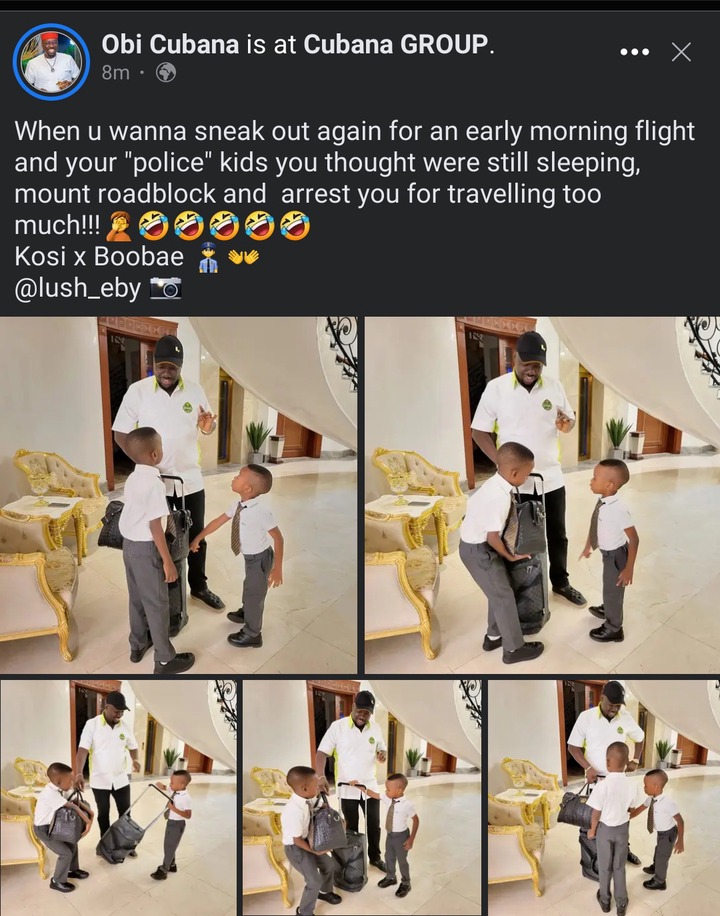 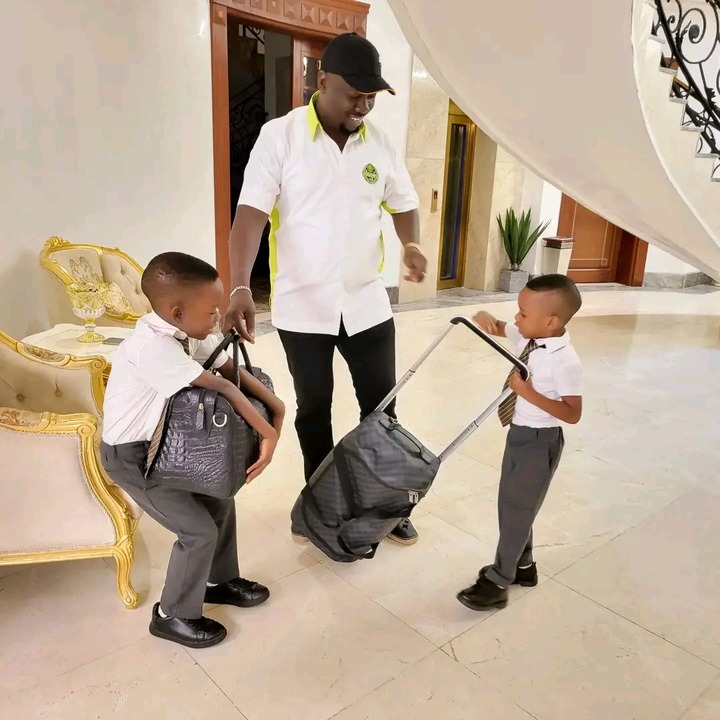 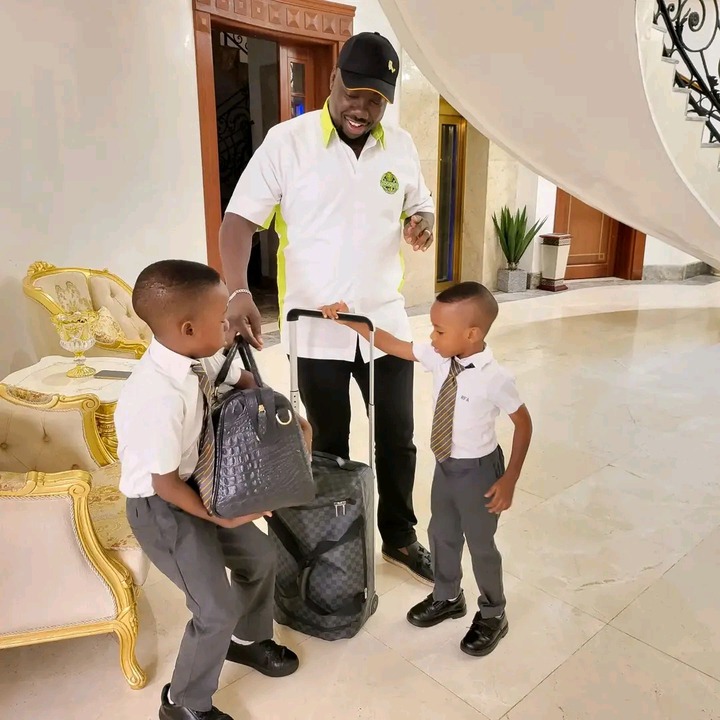