Former Minority Leader in the House of Representatives, Farouk Aliyu on Wednesday listed five potential presidential candidates of the All Progressives Congress that can defeat the Peoples Democratic Party’s, Atiku Abubakar in 2023. 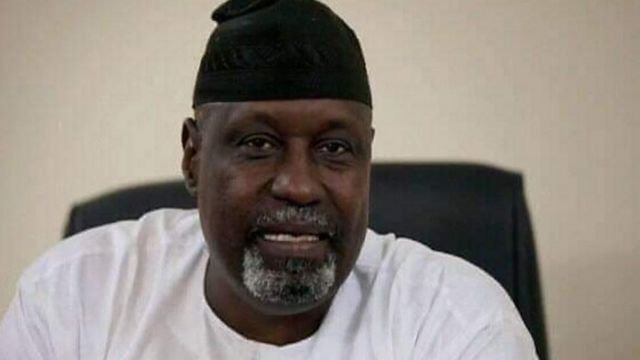 Recall that the former Vice President clinched the presidential ticket of the PDP last Saturday after defeating his closet rival, the Governor of Rivers State, Nyesom Wike.

Aliyu stated this during an interview on Channels TV on Wednesday.

He, however, stated that Atiku is a force to reckon with in Nigeria, considering his popularity in the country.

Aliyu said, “We have more than five people in APC that can beat Atiku Abubakar. Amaechi, Bola Tinubu, Emeka Nwajiuba, and Vice President Osinbajo can.

“Majority of the aspirants can beat Atiku Abubakar. We are also the ruling party, we are not going to sit by and allow these things to go like that. We will do our homework to ensure that things are done properly, that Nigerians will vote APC for what we have done.”

Aliyu when asked if the APC is planning to field a northern candidate because of the emergence of Atiku refused to reply directly to the question.

He claimed that some leaders of the APC are considering shopping for a credible person as to its candidate.

He added that President Muhammadu Buhari is looking for a credible presidential candidate.

“I have no sentiment for North or South. I am looking for a candidate that can beat Atiku Abubakar at the polls wherever he might be from. I am sure our party is going to do the right thing.”