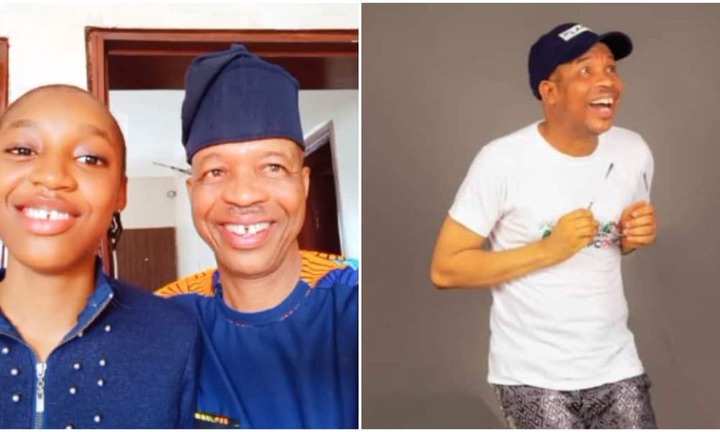 The actor shared lovely photos of himself and Okanlawon on his Instagram page and revealed the enviable conversation they had.

Okanlawon told her father that she is not a big girl but the actor disagreed that she is still a little girl whom they gave birth to just yesterday.

The conversation got more interesting when the father and daughter took selfies, Okanlawon told her father that:

” Daddy and you said I’m a small girl hmmm ok o. But look at our picture o. Somebody is as tall as her Daddy if not taller self.”

He then called on his fans to judge who is taller between them:

A number of Hafiz Oyetoro’s fans and celebrity colleagues have reacted differently to the father and daughter argument, most of them spotted their striking resemblance.

some of the comments, read below:

“She is taller than you oooo.”

“She is a BIGGER GIRL and ALLAH will continue to keep and guide her….she will make you and the entire OYETORO FAMILY extremely proud. Her “EJI” is finer than DADDY’s own. I SAY SO!”