Home Entertainment “May Thu#nder f!re all of you!!, Some of your favorite celebrities have... 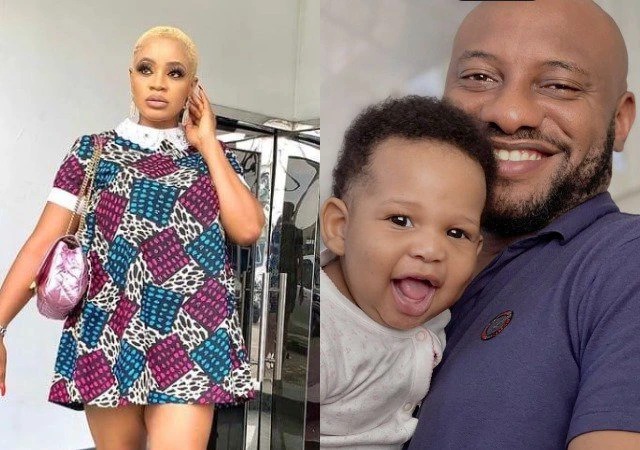 Actor, Yul Edochie’s marriage to a second wife and the birth of a baby has stirred up mixed reactions and counter-reactions as some angry followers slammed some celebrities who took to Instagram to congratulate the actor.

One of such celebrities is actress, Uche Ogbodo who received lots of backlash for hailing Yul Edochie’s second wife, Judy Austin.

Recall that barely few hours after Yul Edochie confirmed the rumour making rounds that he got his colleague, pregnant, Uche Ogbodo took to the comment section of Judy Austin to gush over her after she shared a beautiful photo of herself.

However her comment didn’t go down well with some Nigerians as they blasted her for it.

A fan recalled that the actress did the same thing when Rosy Meurer was revealed to be the homewrecker and side chick of Tonto Dikeh’s husband, Olakunle Churchill.

Replying her critics, Uche Ogbodo took to Instagram to write a series of post on her Instagram story, saying that although peoples’ criticism rarely affect her but that it is wrong to paint her black when she is just a ‘free & fair person’ full of love in her heart.

“Know This and Know peace !Y’all Favs are not Innocent! Most of them are Insensitive and Inhuman! With Plenty Skeletons in their Cupboards But Me! Goddess with a Pure heart, A carefree Spirit! A good person with the fear of God in me Is Who ya’all Tag as Evil! And 2 Faced! Because I choose to be Liberal and Loyal. May Thunder fire all of you!!”

“People of the world are always so insensitive and so eager to judge other people but themselves! Although peoples criticism rarely affect me but painting me black when what I am is just a free & fair person full of love in my heart is the problem!

So in the case where I am friends with the 3 parties involved who am I to support and who am I to leave ? Going to pictures I already liked long ago to curse me out shows how really Stewpeed and jobless a lot of you are! People are Grown Up, it is not me that will prevent anyone from making their mistakes or bring them & Flog dem for living their Livess!”