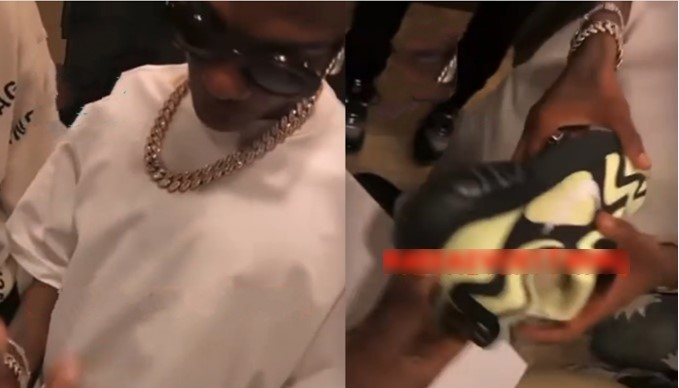 The young designer who is based in the United States presented his colourfully designed sneakers to Wizkid in New York.

According to the fan, he has been preserving the footwear for such a time when he would meet the Starboy and give it to him.

In a video which has gone viral, Wizkid admired the gift and appreciated the designer while giving him a pat on the back.

”I have been holding it for you, I said when you enter New York na your own,” he said to Wiz.