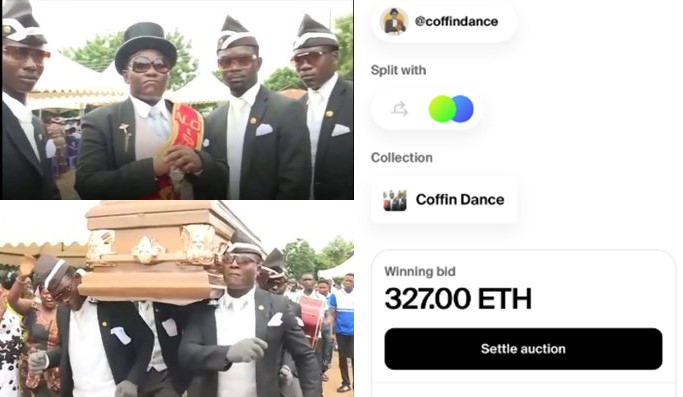 Aidoo’s dancing pallbearing group went viral in 2020 after their videos were turned into memes during the peak of the COVID-19 pandemic.

He sold the coffin dance NFT for 372eth (Ethereum) which is equivalent to the sum of $1.046 million.

According to data available on opensea, it was auctioned to @3FMusic on 9th of April 2022 after an intense bidding session.

In reaction to the development, tweep @Owuraqu_filip said; NFT is the new phenomenon

@Tapher_G noted; NFT no be joke I swear

@qudus_lolade said; Don’t just take your creativity for joke because minting it to NFT can change the whole story.