Home Entertainment I Will Never Bring My Personal Life To Instagram – Actress Iheme...

Popular Actress, known as Iheme Nancy, has dished out some relationship advice in the wake of all the drama happening between some celebrity ex-couples on social media. 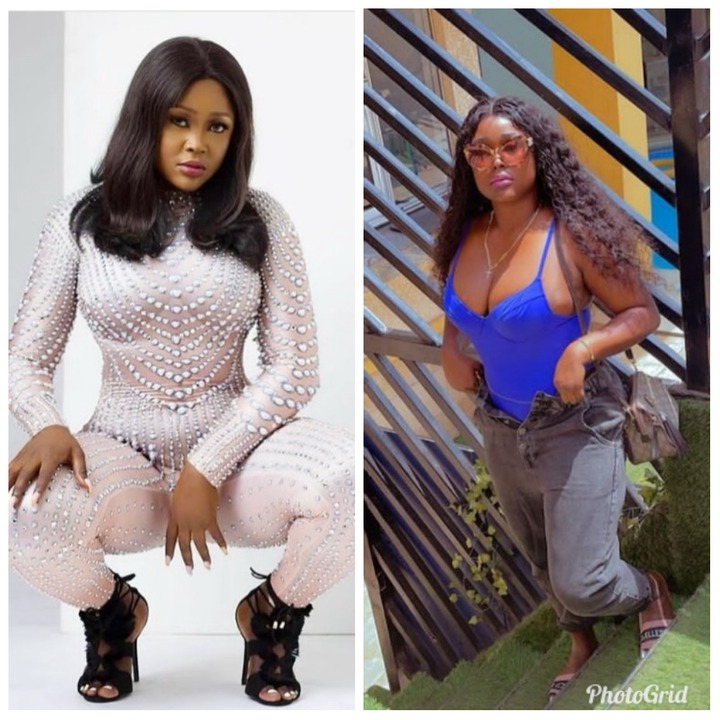 In a couple of posts which she made online, the Actress said that she hates it when she sees issues break out online between couples when it could have been avoided. According to the her, many of these people call out one another on social media just so they can trend, and she doesn’t support this.

Iheme Nancy claimed that anyone who ever calls her out on Instagram will just be wasting their time, as she will not reply  them. She advised that people should keep their relationship private.

Citing herself as an example, she said that when she left her ex, no one knew about it and she just moved on quietly from the relationship, without causing drama online. See what she posted below. 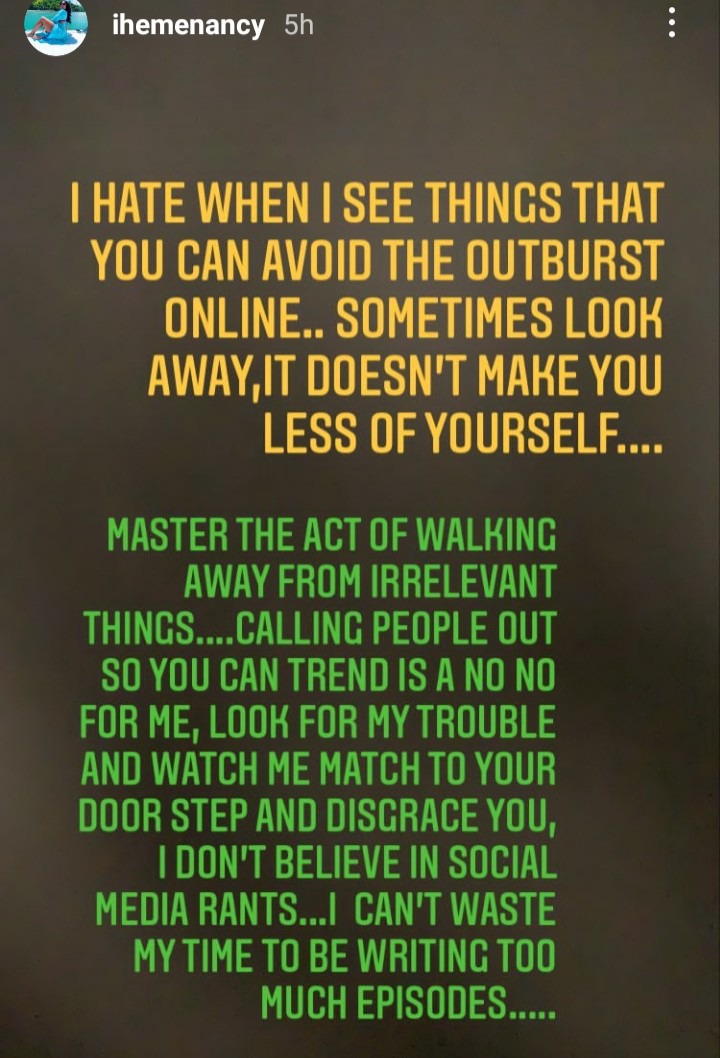 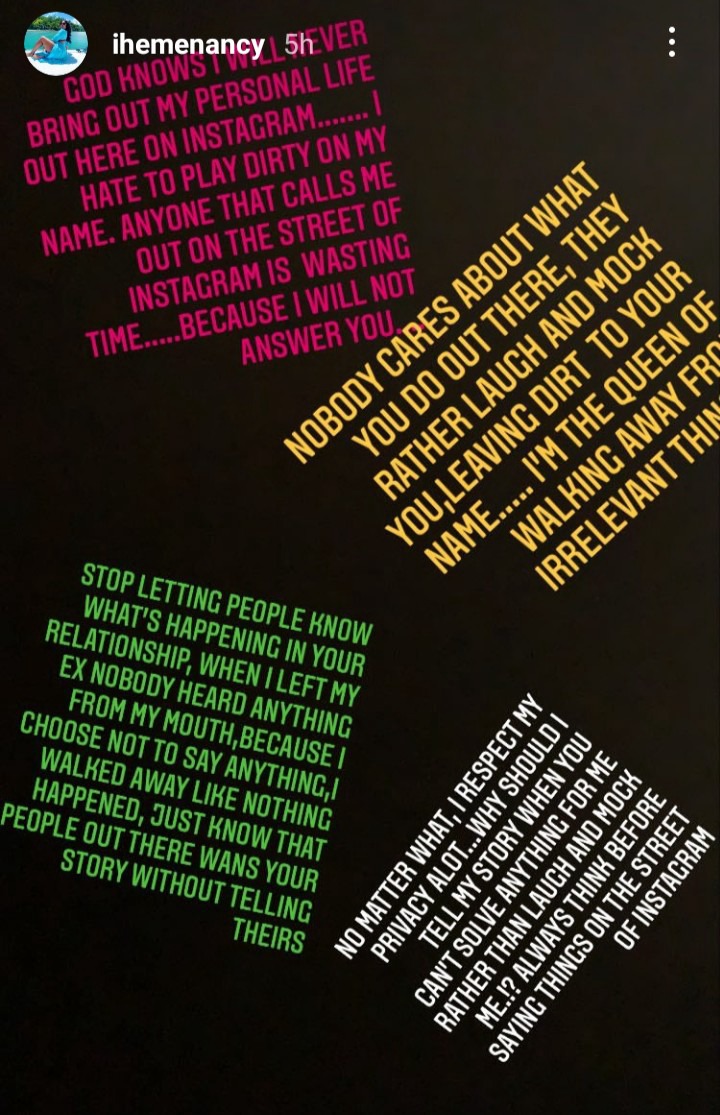