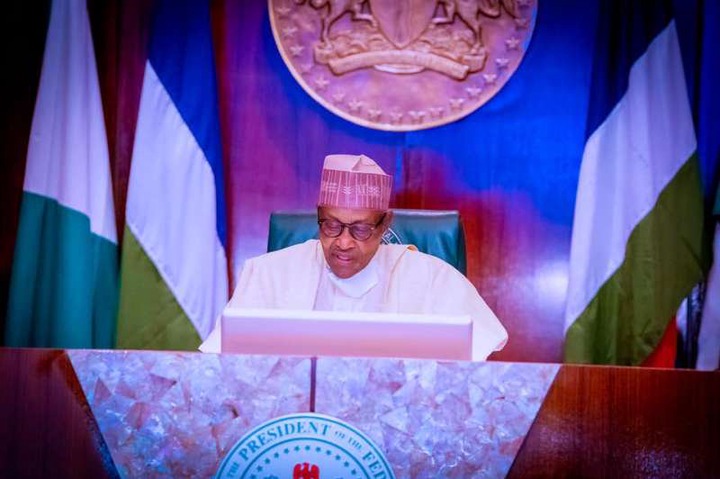 President Muhammadu Buhari has not directed anyone to implement fuel subsidy removal, President of the Senate, Ahmad Lawan, has declared.

Lawan spoke to State House Correspondents on Tuesday after meeting Buhari at the Presidential Villa, Abuja.

Recall the Minister of Finance, Budget and National Planning, Zainab Ahmed, had in October last year, said the Federal Government made provision for subsidy only for the first six months of this year and looked towards complete deregulation of the sector.

She had said: “In our 2022 budget, we only factored in subsidy for the first half of the year; the second half of the year, we are looking at complete deregulation of the sector, saving foreign exchange and potentially earning more from the oil and gas industry.”

But Lawan said he had gone to convey the feeling of his constituents to President Buhari on some concerns, including the proposed removal of subsidy; adding that the lawmakers were equally worried about the agitations and protests around the country over the move to end petrol subsidy.

Lawan, who said the subsidy could not be transferred to citizens, expressed doubt over the reported consumption of 100 million litres of Premium Motor Spirit (petrol) per day in the country.

He said he was glad to inform Nigerians that Buhari had not told anyone to remove petroleum subsidy.

He said: “Well, it will be of interest to Nigerians to hear what I have come to discuss with Mr President among several other things.

“Many of us are very concerned with the recent agitations, protests and many citizens were so concerned, our constituents across the country are very concerned that the federal government will remove the petroleum subsidy. And for us, as parliamentarians, as legislators representing the people of Nigeria, this must be of interest to us.

Speaking further, the Senate president said, “I know and I agree that the subsidy is very heavy. But I think we must never transfer the burden to the citizens. I believe that we need to look at the quoted figure of maybe 100 million litres that people claim we consume. Is it real? I mean is it either under-recoveries of subsidy? Is it really 100 million litres per day? How on earth are we consuming that?

“We need to look at this critically and see how we can find the truth. Because I am not convinced that within the boundaries of Nigeria we are consuming 100 million litres, probably neighbouring countries may be benefiting from this. Can’t we do something about it?

“It is a failure on us if we are not able to control it, this particular aspect of smuggling of the petrol and then in return, push the burden to the ordinary citizen.”

Lawan, who dismissed the position of the governors of the People Democratic Party (PDP) on subsidy removal, said the leading opposition party that had its chance ought to have done something about it.

He, however, underscored the need for stakeholders to come together to find a solution to the issue of subsidy.