Former US President Barack Obama has suspended comments on his Instagram page after it was overwhelmed with followers pleading with him to do something to help the Afghan people following the Taliban’s takeover of their country.

‘The blood of the #Afghan people is on the hands of those who have remained silent in the face of oppression and have made friends with the Taliban,’ wrote another. ‘History will not forget your crime.’

‘What did we accomplish in Afghanistan if we turn tail and run now?’ asked another. ‘They need us! That is not the American way! We do not surrender and run! We stay and fight and until the issues are resolved which is true independence!’ 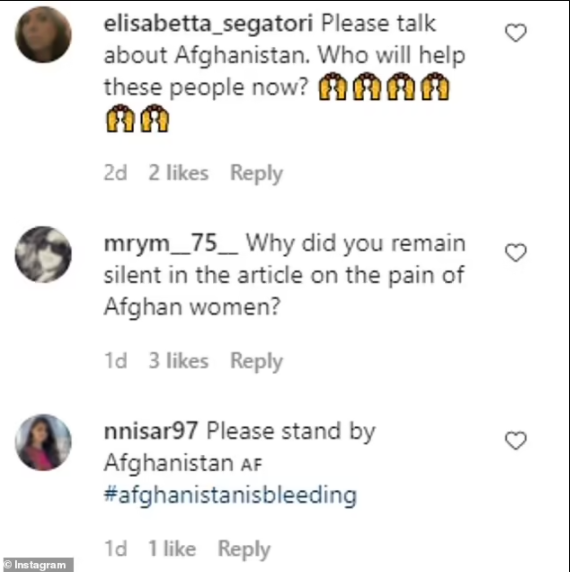 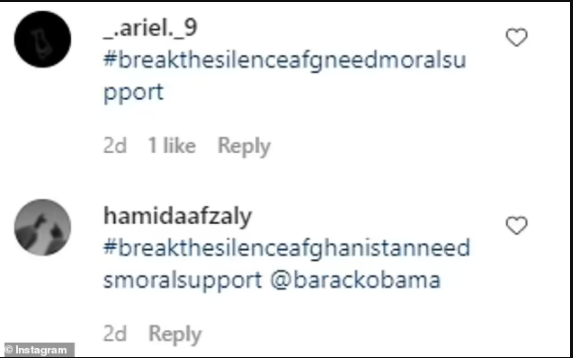 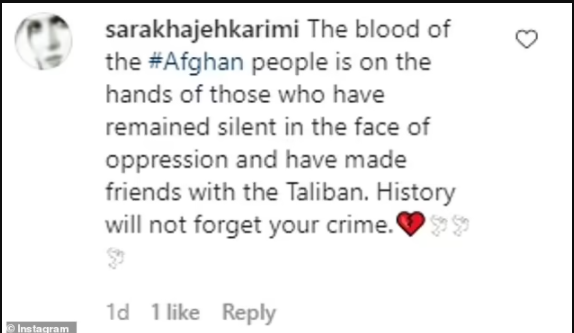 Those posting comments added hashtags #help_afghanistan and #afghanistanisbleeding, among others, but they were soon cut off.

The followers who flooded Barack Obama’s Instagram page together with his wife Michelle’s page for few days have since been greeted with the message: ‘Comments on this post have been limited’.

A spokesperson for the Obamas told Fox News there was ‘no intentionality on our side’, nor was any explanation provided as to why it happened.

The spokesperson added the former president had ‘no further comment’ on Afghanistan and noted his remarks in April praising Biden ‘bold leadership’ in his decision to withdraw.

‘It has been a long and arduous struggle in Afghanistan, rooted in our response to the deadliest terrorist attack on the U.S. homeland in our history,’ Obama said, adding that troops and diplomatic workers ‘can take pride in their efforts to deliver justice for 9/11, destroy al Qaeda’s safe-haven, train Afghan Security Forces, and support the people of Afghanistan.’

Obama has not yet issued a public statement about the escalating situation in Afghanistan.

In an address on Monday, August 16, President Biden said he stands by his decision to pull out American troops and cast blame on the Afghan government for failing to defend the country.

Obama has since opened his comments.

After 48hrs, eNaira app removed from Google Store amid criticism

Gumi is worse than worse than Abubakar Shekau and Al-Barnawi. He is a venomous snake and a wolf in sheep’s clothing – Femi Fani-Kayode